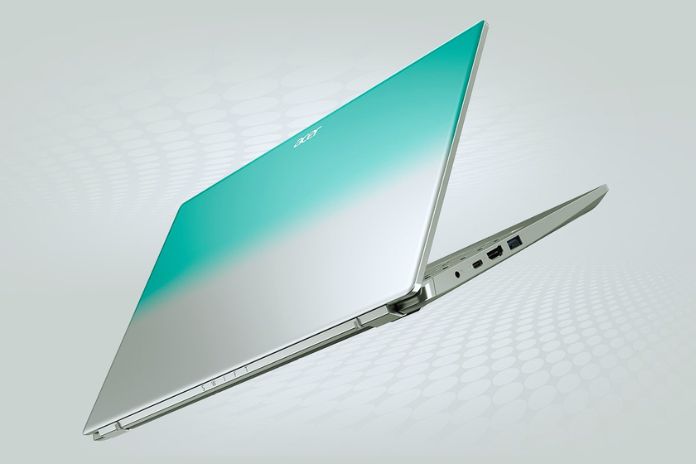 The weight is only 1.17 kg, and the thickness is only 14 mm. This was made possible thanks to using quality materials, an alloy between magnesium and aluminum. As already mentioned, the new Acer laptop can also boast the presence of a large display. It is specifically a panel with OLED technology with a 16-inch diagonal. The resolution is equal to 4k (3840 x 2400 pixels), and the maximum brightness is 500 nits. From the performance point of view, we find the AMD Ryzen 7 6800U octa-core 6 nm processor with AMD Radeon Graphics. There is also 16 GB of LPDDR5 RAM and 1 TB of SSD memory. Then we have a fingerprint sensor and the Microsoft Pluto security chip. It is one of the first laptops equipped with a Microsoft Pluto security chip to protect user data and identity by offering protection against physical and software attacks.

The new ultra-light Acer Swift Edge laptop will be available soon in Europe at a starting price of 1499 euros.

Also Read: Longer Mobile Phone Runtime – This Is How You Protect Battery

Tech Buzz Updatehttps://www.techbuzzupdate.com
Techbuzzupdate is a globally recognized tech platform that publishes content related to various aspects of technology such as digital marketing, business strategies, reviews on newly launched gadgets, and also articles on advanced tech topics like artificial intelligence, robotics, machine learning, Internet of things, and so on.
Previous articleInfluencer Marketing: What Is It?
Next articleHow To Find A Digital Marketing Agency For My Business?

Apple will have to adapt to USB-C on the next iPhone: the company will have to give up the Lightning port for the new...
Read more
GADGETS

The new onboard features support Wi-Fi 7 and 32-bit and in-game ray tracing. In the now traditional appointment in Hawaii of the Snapdragon Summit,...
Read more