Artificial Intelligence: Prepared For The Future 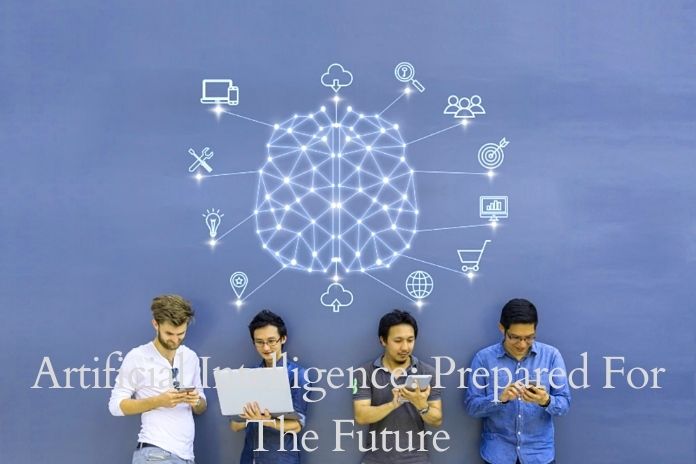 The year 2035. Humanoid robots have become an integral part of everyday life. But one robot suddenly falls out of line: Sonny is the only one who has not received a software update – and who is not controlled by artificial intelligence that wants to subjugate people.

Sure: The film “I, Robot” shows an exaggerated dystopia. But how likely are fully autonomous artificial intelligence (AI) technologies? A look at the current research could disappoint Bavarian science fiction fans. The state government wants to invest 360 million euros to make the Free State a leading AI location.

But on the one hand, the USA and China set the tone in this area; billions are being invested there. On the other hand, most research projects in this country deal with so-called weak AI. In contrast to “strong AI” – the development of human-like intelligence – it is about algorithms that are supposed to make life easier in small, precisely defined areas. Three current research projects from the Free State show what the future might look like.

How can AI help improve colon cancer diagnoses? The research team around Ute Schmid, a professor for cognitive systems at the University of Bamberg, deals with this question. To simplify matters, an AI is fed with large amounts of tissue samples. Using this data and machine learning, the AI ​​tries to find abnormalities that suggest cancer. In turn, models can be developed that can support cancer diagnosis. One challenge: Eliminating sources of error from the model that unintentionally creep in with the sheer volume of data. The significant advantage: At the end of the day, medical professionals see where a tumor is located from the point of view of the AI and whether it has already penetrated other tissue layers.

The AI ​​combines visual explanations – such as images of the tumor tissue – and verbal descriptions. So she gives a diagnosis suggestion. The doctor can then request an answer from the AI ​​and correct the diagnosis if necessary. The constant back and forth between humans and AI makes colon cancer analysis more precise at best. Schmid’s project expires at the end of the year. Your interim conclusion: The developed approach of explanatory and interactive machine learning works. However, further research is needed before it can be used in practice.

The Conquest Of Space

In the spring of 2024, the Sonate-2 satellite will be launched into Earth orbit by a launcher and will remain there for a year. In a sense: Hakan Kayal, professor of space technology in Würzburg, and his team – although it is not entirely clear what they and the artificial intelligence they helped develop are looking for. “Most satellites in space specialize in already known phenomena. Sonata-2, on the other hand, should be able to discover the unknown, such as new impact craters caused by meteors,” says Kayal. So can the AI ​​track down aliens too? That is theoretically possible, even if it is not the aim of the researchers.

For them, it’s more or less about making AI space-ready. A lot of data is generated on the journey through space, but always sending it to earth would take what feels like an eternity. Many satellites are therefore equipped with artificial intelligence. What’s new in Würzburg: Your satellite AI is not only trained on earth but especially during the journey through space with the help of data. The AI ​​can learn and analyze independently on the satellite. One of the goals of Kayal’s team is interplanetary missions. The Federal Ministry of Economics is funding the project with 2.6 million euros.

Cars that recognize dangers earlier than humans – and which brake and counter-steer earlier: Autonomous driving has long been tinkered with, reducing the number of road deaths. But how can this decision-making process of an AI be checked to show that it makes road traffic safer? Michael Botsch, professor at the Technical University in Ingolstadt, and two colleagues took on this task in 2017. Audi finances the project. Botsch is concerned with how self-driving cars react in simulated traffic situations – and why they react that way. The behavior of AI should therefore become more or less traceable.

An example: A vehicle in front brakes abruptly. The AI ​​records the situation with the help of sensors built into the car. Then it’s up to their interpretation: which traffic objects are affected by the emergency braking, what consequences does this have for one’s vehicle, how are other road users likely to react? Once the AI ​​has found the answers, maneuver planning – i.e., the actual reaction to avoid an accident. This can also be an emergency stop in this example. The research work will continue until autumn, but Botsch is certain that work on autonomous driving is only just getting started. Like the German Ethics Council, he would find it unethical to forego the use of AI if fewer people were to die in road traffic, thanks to it.

Also Read: How Companies Can Use AI And Search To Create A Digital Nervous System