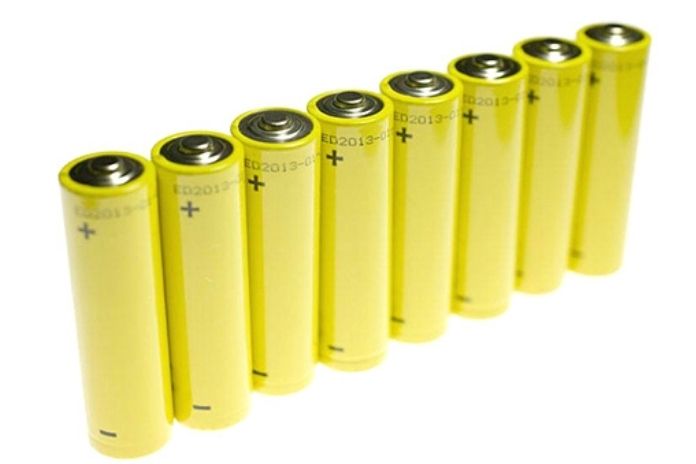 Lithium-sulfur batteries could be a suitable replacement for Li-ion batteries – but their full potential has not yet been used. The PTB is now investigating why the batteries age so quickly.

Lithium-sulphur batteries could be an attractive replacement for the lithium-ion batteries that are otherwise used everywhere – but this type of battery ages very quickly and has not yet reached its maximum possible capacity and service life. Why this so has now been investigated in the Physikalisch-Technische Bundesanstalt (PTB). The results are in the Journal of Materials Chemistry A published.

Why Lithium-Ion Batteries Are No Longer Enough

Batteries play a vital role in the energy transition, e. B. as stationary intermediate storage for energy from renewable energy sources or electric cars to displace fossil fuels. For these application areas, the current lithium-ion batteries are reaching their limits in terms of capacity and service life. In addition, expensive and toxic raw materials are often used, some of which are mined under questionable conditions.

Therefore, there is a need for alternative, environmentally friendly, higher capacity and more extended life battery types, potentially the lithium-sulphur battery. Such a battery cell with lithium as the negative pole (anode) material and sulphur as the positive pole (cathode) material have several advantages: Sulfur is inexpensive, environmentally friendly and abundant. And the theoretical energy density of such a cell is up to 2500 Wh / kg due to the light elements, which is significantly higher than that of lithium-ion batteries.

The problem: So far, only around a quarter of the theoretically achievable energy density could be achieved, and batteries of this type age too quickly, so that the at least 1000 charging cycles required by the industry cannot currently be achieved.

Why The Capacity Is Dropping So Quickly

When looking for reasons for the rapid decline in incapacity, the focus was on polysulfides. Polysulphides are chain-like molecules made up of lithium and sulfur, precisely the elements responsible for storing energy in this type of battery. If the polysulfides dissolve in the electrolyte, the lithium and sulfur content for energy storage is lost, and consequently, the capacity decreases.

and less sulphur is available at the positive pole, which is reflected in a decreasing capacity.

With the method developed at PTB, it has now been possible for the first time to determine precisely for each molecule at which charge and discharge state there are how many polysulfides in the electrolyte at the two poles. For this purpose, the scientists at the “Bessy II” synchrotron radiation source used the near-edge absorption refined structure analysis (NEXAFS) as well as reference sample-free quantification with X-ray fluorescence analysis (XRF) for the element sulphur. The procedures are very precise, traceable to the International System of Units (SI) and do not require any reference material.

In addition to the percentage loss of the cathodic (i.e. positive pole) active material sulphur for various states of charge, the scientists were able to determine the change in the molecular length of the polysulfides, which significantly influences both solubility and reactivity. By examining both sides of the electrode, it was possible to observe the shuttle effect, i.e. the movement of the polysulfides between the electrodes, and in particular, the accumulation at the negative pole for a progressive number of cycles. These time-resolved measurements while the cell is in operation (operando mode) enable changes at the atomic level to be assigned to the electrical properties of the battery.

The measurements showed that it is not primarily the formation of the polysulfides but their movement and deposition on the negative pole responsible for the decline in cell capacity. This leads to new strategies in cell design, for example, the use of polysulfide-impermeable separators.

Also Read : Securing The Smart Cities Of The Future

Tech Buzz Updatehttps://www.techbuzzupdate.com
Techbuzzupdate is a globally recognized tech platform that publishes content related to various aspects of technology such as digital marketing, business strategies, reviews on newly launched gadgets, and also articles on advanced tech topics like artificial intelligence, robotics, machine learning, Internet of things, and so on.
Previous articleThese Sustainable Kitchen Gadgets Save Time And Avoid Rubbish
Next articleTips For On The Go: These Twelve Travel Gadgets Enrich Your Vacation