How The Robot Becomes A Friend To Humans 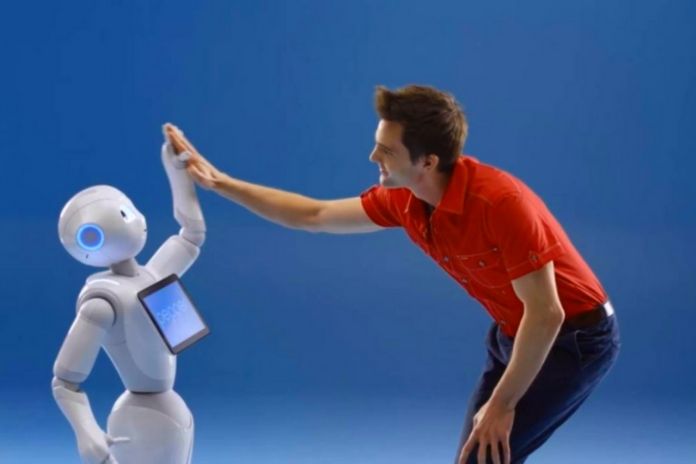 In Industry 4.0, people and machines are buddies. The robot is a sensitive colleague who will soon even notice if it hits human skin instead of a piece of steel. How it all works is the focus of the trade fair for automation and mechatronics.

From hat maker to specialist in security technology in the industry? Hardly imaginable. The Mayser company from Ulm is currently exhibiting at the world’s largest trade fair for automation and mechatronics, the Automatic. And there, it shows how safe cooperation between humans and robots can be achieved. Well, a few hundred other companies and research institutes are doing precisely the same thing, because after all, it’s about the crucial question of Industry 4.0.

Mayser was still shaping felt and cotton 200 years ago, but for a few decades, it has been mainly foaming that has been processed here. The company makes pads for the arms and joints of robots. And that’s not as simple as it sounds: The PU foam has a sensitive surface, a skin that reacts to touch if there is only a slight undesirable contact, the robot arm jerks back.

The days when the work areas of industrial robots were separated from those of their human colleagues by light barriers or steel cages will soon be over. That is the vision of the future industry, and safety is the critical factor here. A year ago, accidents like the one in a VW plant in Hesse, where a young man was hit by a robot, pressed against a wall, and fatally injured, are not allowed.

Robots, therefore, not only have to be intelligent but also sensitive – they need a kind of emotional intelligence. At the Bonn / University of Applied Sciences, research has recently started on sensor technology that will enable machines to recognize human skin. This requires special optical sensors and new algorithms for image processing. The Group funded the project, presenting a new configurator at the Munich trade fair. It should enable the adaptation of machines and robots to change products and processes straightforwardly.

Virtual Reality Is Still There Too

In addition to the safety aspect, flexibility is the second top topic at the trade fair – because it means efficiency and thus cost savings. That is why many companies also present assistance systems for employees. One example is Cadcon, which has developed an exciting variant of virtual reality glasses: The user initially sees the entire environment but can manually hide specific areas and show the desired virtual content. The drinks are intended for assembly work and, for example, for guiding surveillance drones.

In total, more than 800 exhibitors show their products at Automatic. Revolutionary innovations are not the topic this year. Instead, it is about further development.

Driverless vans are no longer uncommon in modern industrial companies – but their orientation in space is still a sticking point. The Knapp company has possibly achieved a breakthrough: Their so-called “Open Shuttles” can also be used in bustling production or logistics areas because they have a new type of contour recognition: “The Open Shuttles perceive and can detect both static and variable obstacles and react to it intuitively. They independently plan the fastest route and find alternative routes if there is an obstacle in their way – completely without visual or physical aids “, is what the manufacturer says.

The main focus of Automatic is safety, where engineers and scientists present their ideas. The Fraunhofer Institute for Factory Operation and Automation has brought a whole package from Magdeburg. This includes floor panels in which the tactile sensor system has been integrated and LEDs that display detected contact directly via the floor panels and not only on an external monitor.

Tech Buzz Updatehttps://www.techbuzzupdate.com
Techbuzzupdate is a globally recognized tech platform that publishes content related to various aspects of technology such as digital marketing, business strategies, reviews on newly launched gadgets, and also articles on advanced tech topics like artificial intelligence, robotics, machine learning, Internet of things, and so on.
Previous articleEasy Methods To Fix [pii_email_aef67573025b785e8ee2] Error Code
Next articleHow To Give An Amazon Voucher