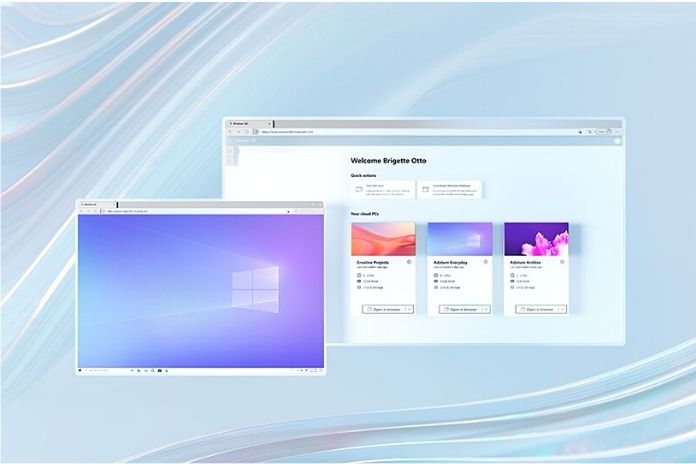 The Redmond company is preparing Windows 11. Microsoft has a new offer for companies and schools from August: Windows 365.Log in to your browser – you should have access to emails, office applications, and the intranet from home.

At least that is the promise of “Windows 365”, a new offer from Microsoft in which the entire system of the office PC is primarily relocated to the cloud.

The physical computer is reduced to the role of a screen since the actual work takes place in the Microsoft data centers. With this, the group wants to meet the trend towards “hybrid working,” The workplace is no longer tied to office space but can be worked from both the home office and the company headquarters.

“With Windows 365, we are creating a new category: the cloud PC,” said Microsoft boss Satya Nadella at the presentation at the “Microsoft Inspire” conference. A slight exaggeration: Cloud PCs have been around for over a decade – not least from Microsoft itself. Google also offers virtual workstations for companies and schools with its “Chrome OS” operating system.

However, the Redmond-based company promises that the new generation of its remote workstations will be significantly easier to manage. Even companies without a large IT department should be able to click together new cloud PCs quickly. However, the offer is not aimed at private users.

Another selling point is security: SMEs, in particular, are currently struggling with ever new waves of attacks from ransomware gangs that encrypt the data on PCs and servers and only release it against payment of a ransom. Windows 365 should be secured according to the “Zero Trust” principle, in which all data is stored in the Microsoft data centers.

At the same time, Microsoft is working on the next conventional version of its operating system: Windows 11 should be released this year. The new offer customers do not have to worry about: The new cloud PCs should automatically switch to the latest version of Windows.

Data has become essential elements for several areas of human development. After all, we generate data all the time, and they can be used...
Read more
BUSINESS

Video streaming has conquered all web users who like to view content without downloading: what will be the next trends? In recent years video streaming...
Read more