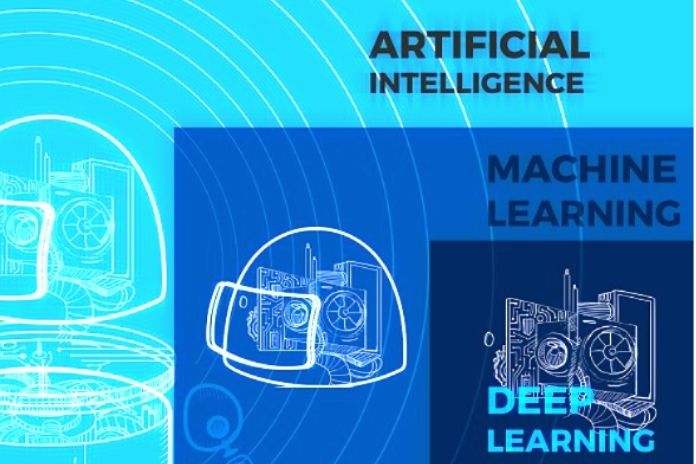 Can machines simulate human intelligence? Artificial Intelligence (AI) deals with this question. This article explains what artificial intelligence looks like today and which three other terms you should know about the topic.

What Is Artificial Intelligence?

AI is particularly well suited to generating information from data that humans would not even be able to capture. For example, because the amount of data is too large or the underlying patterns are too complex. In addition, artificial intelligence is often used when static programs reach their limits because the calculation time for a problem (e.g., the perfect chess game) is too long. Then AI algorithms can be used to approximate the ideal solution in an acceptable calculation time.

In German, there is also a categorization into strong and weak artificial intelligence. Under strong AI, a machine is understood, and can solve problems of a general nature. So no matter what question she is asked, she can answer it. However, this form of AI is still pure fantasy and will remain so for a long time to come. On the other hand, we already have to deal with weak AI in everyday life.

Weak AI is understood to mean algorithms that can answer specific questions. The solutions to this were learned independently beforehand. Other terms are often mentioned in connection with artificial intelligence. The three most important are explained below.

An Example to illustrate this :

One application of machine learning could be to predict whether a patient’s heart can fail. To do this, we assume that the following data are given in the data set: beats of the heart (per minute), BMI, age, gender, and whether the heart has failed or not. With this data, machine learning can create a model that can make predictions for new data sets, in this case, patients.

The great advantage of machine learning is that it is not humans who look for relationships and map them in algorithms, but that the system itself looks for patterns.

Deep learning is a specialized sub-discipline of machine learning that uses layered neural networks to simulate human decision-making processes. The deep learning algorithms can categorize and label information as well as identify patterns. Deep learning does not generate output directly from input, but each layer forwards its result to the next layer.

Deep learning enables AI ​​systems to continuously learn and thus to improve the quality and accuracy of their results constantly. In contrast, with older machine learning algorithms, the efficiency reaches a plateau at some point. Examples of deep learning are voice and face recognition systems.

Neural networks are inspired by biological neural networks but work a little differently than their role models. A neural network in the AI ​​environment collects small computing units (“neurons”) that take incoming data and learn to make decisions over time. The network learns through a process known as backpropagation or error feedback. The inputs are given to the neural network, and the outputs are determined. After the actual production has been compared with the desired result, the neural network is adapted to reduce the error rate.

There are countless possible uses for AI algorithms, three of which are explained below:

The last example clearly shows that there are more and more technical possibilities. Tasks such as analyzing applicants previously carried out purely by humans can now also be carried out or at least supported by AI systems.

Despite all the possibilities, it should be noted that AI can also negatively affect humanity.

Possible dangers can be:

It is therefore essential to define social acceptance criteria for AI. Because in the end, humans have to decide which tasks they are willing to hand over to AI and which they would instead leave in human hands, even if technical implementation would be possible.

Tech Buzz Updatehttps://www.techbuzzupdate.com
Previous articleWhat Types Of Cyberattacks Are There? – The Introduction For Beginners
Next articleHow Is Artificial Intelligence Used In Digital Marketing?

How Can Companies Use AI Today To Reinvent Themselves

Amazon founder Jeff Bezos said in 2017: "We are at the dawn of a golden age of AI. We are now using machine learning...
Read more
ARTIFICIAL INTELLIGENCE

Artificial Intelligence In Medicine: What Impact On Health?

The Way To Successful Hyper Automation