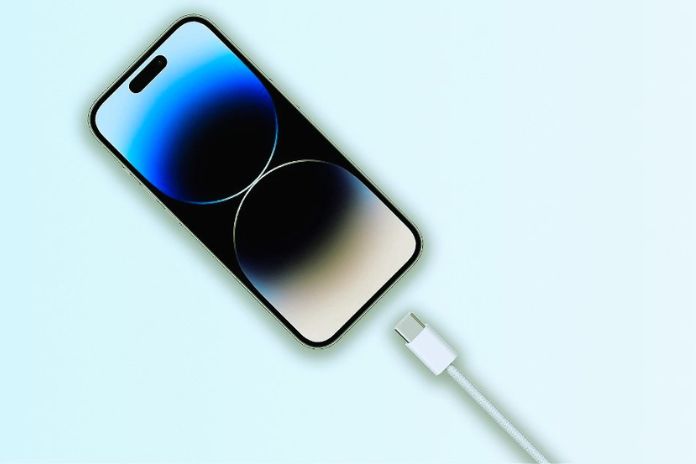 Apple will have to adapt to USB-C on the next iPhone: the company will have to give up the Lightning port for the new standard imposed. What do we know about it?

According to the latest rumors, Apple will also have to adapt to the new European directives on USB connectors. From the next iPhone 15, the company will have to use USB-C, completely distorting the counter trend choices that have always been considered somewhat controversial.

Naturally, the decision was not taken lightly, and in the end, Apple will have to give in to the requests, above all, to avoid the sanctions promised by Europe. This also means abandoning Lightning technology, which has characterized the latest iPhone models. Let’s find out more about the new iPhone 15 and USB-C.

It might seem like a small thing, but the obligation to install the new USB standard on the next iPhones is a matter that could change the cards on the table. After all, Apple has always followed its well-defined line regarding the various ports on its devices, often attracting criticism from users.

Although the transition to the new USB-C has been postponed to 2024, with the release of the new iPhone 15 in mid-2023, the Cupertino company will equip its devices with this technology, but, of course, it will do things its way. It is said that different speeds for data transfer will characterize the other iPhone models. The idea is, as usual, to facilitate the top of the range, leaving the basic versions “behind”.

A post shared online by Apple analyst says that all iPhones due out in the second half of next year will give up Lightning technology for USB-C, but only the iPhone 15 Pro and Pro Max will support the transfer data and high-speed charging. On the other hand, the basic version of the iPhone 15 and the Plus will maintain the same USB 2.0 transfer speed as Lightning, therefore limited to 480 Mbps.

As for the new connectors, the absolute top of the range could be USB-C 3.2 and Thunderbolt 3. The former could improve data transfer speeds up to 20 Gbps, while the latter would reach over 40 Gbps.

At the moment, these remain only indiscretions, almost reflections spread by Ming-Chi Kuo on the web, but knowing the “strategies” applied by the company in terms of technology and exclusivity, they may not be completely unfounded.

What To Expect From The Transition To USB-C

As already mentioned, by 2024, the European Union will have to use universal chargers, falling back on the USB-C above. The agreement signed between the Council and the European Parliament gave producers 24 months to adapt to the new regulations. Among the novelties is also the one that allows consumers to choose whether to buy a new charger together with the individual devices, releasing them from the purchase if they already possess one of the same.

The new rules will concern all manufacturers of electronic instruments regardless of the brand or type of device. Given that the new iPhone 15 should be released as early as mid-2023, Apple could take advantage of Lightning for another generation of smartphones, even if the transition to USB-C seems to have already been confirmed unofficially.

The new onboard features support Wi-Fi 7 and 32-bit and in-game ray tracing. In the now traditional appointment in Hawaii of the Snapdragon Summit,...
Read more
GADGETS

The Perfect Headphones For Any Occasion : AirPods Pro

First Impressions Of The AirPods Pro I finally got the chance to get a pair of AirPods Pro, the advanced version of Apple's True Wireless...
Read more