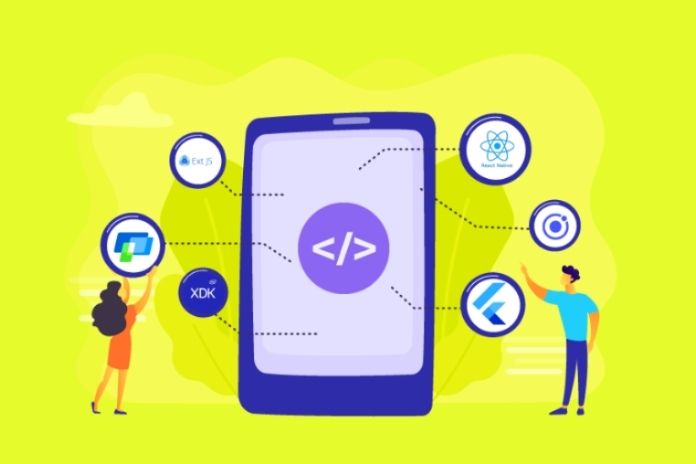 The mobile app development industry is constantly changing. Successful developers need to keep abreast of the latest trends, keep an eye on advances in technology, and respond to consumer demands. App stores or sellers of mobile applications also have to keep pace with the new trends to serve their customers better. There have been numerous trends in app development this year, and some of them will continue next year. Here’s a rundown of the critical app development trends for the year ahead.

A lot has happened in the smartphone market since slider and flip phones. Nowadays, smartphone manufacturers are trying to build larger and larger screens without increasing the overall size of mobile devices. One of the more successful approaches is foldable displays, which in recent years have finally become suitable for everyday use thanks to devices such as the Samsung Galaxy Fold or the Huawei Mate X.

Foldable smartphones can be folded to reduce or enlarge the screen size according to the user’s preference. For example, you can make calls with the device closed or watch a video on a large, unfolded screen. Foldable devices represent an entirely new challenge for app development, as the display has to adapt seamlessly to the folded or unfolded show.

While 5G technology has been around for a few years, it has not yet become the standard in many parts of the world. However, the influence of 5G in app development is growing as technology forever changes the way mobile applications are used and created.

With the faster 5G network, there are undreamt-of possibilities for the development of mobile applications. The technology promises speed up to 1000 times faster than the older 4G – a vital speed boost that is particularly needed for AR, VR, or instant apps. 5G will significantly improve the speed and efficiency of apps, and it will be interesting to see what new possibilities will arise.

Blockchain technology has been around for some time and is more likely to be found in the field of cryptocurrencies. Due to the decentralized databases, no major company is responsible for managing the data with the blockchain. In this way, apps dependent on this technology are exceptionally secure, as it is more challenging to gain access to sensitive user data.

Also Read: The Blockchain Is Finding Its Way Into The World Of Work

Augmented Reality applications have been a trend in development for several years and, with apps like Pokémon GO, have finally become suitable for the masses. AR applications connect the digital world with reality and make it possible to interact with one’s surroundings uniquely. With augmented reality, companies can create experiences or present stories that differentiate their company and what they offer from the competition.

A good example is the furniture manufacturer IKEA, where customers can use an app to check what furniture looks like in their own home before buying. As more and more companies rely on technology, the developers of mobile applications must always stay up to date to offer users the most intense AR experience possible.

Since many apps are already based on artificial intelligence today, machine learning and AI are two other essential technologies to watch when developing apps. AI applications like Siri are commonplace these days and will continue to hit the headlines in 2022. Application areas such as AI-based cameras, face recognition, chatbots, or user forecasts will also improve significantly shortly and influence mobile app development.

Instant Apps will make it possible to start and test apps on smartphones without downloading them beforehand. If users want to experience a camera app or these German casino online games via mobile app, they can compare the apps in advance. The vast selection of available apps results in a great advantage for the users, who can more easily decide on the best solution.

For app development, instant apps mean that developers need to pay more attention to making an excellent first impression. More and more large companies are relying on instant apps, and it is to be expected that numerous more companies will follow in 2022.

Beacons are becoming more and more critical in the development of mobile apps. The technology creates a connection between the online and offline world and helps to bring more clarity into the interaction between app users and physical stores. Beacon technology gives companies valuable information to better understand their customers and better interact with them.

Wearable technology such as smartwatches or fitness trackers has been around for some time. The portable devices have not yet reached their full potential. Many instruments now offer access to the app store, and some apps are specially developed for wearables. The trend towards wearable technology in recent years has influenced the way mobile apps are created and will continue to do so.

Nowadays, more and more purchases of products or services are made through mobile devices. Mobile commerce refers to trading via mobile applications and should not be confused with electronic trading carried out via mobile websites. The volume of trade in m-commerce is steadily increasing and will continue to grow as many consumers prefer the convenience of shopping on their mobile phones.

The IoT describes the constantly growing network of devices connected to the Internet and thus enables consumers to use them conveniently. The technology allows for computers and household appliances to communicate and control certain functions via an app. In the Internet of Things, every device or system has a unique identifier that it can use to receive and send messages from other devices.

The Internet of Things is not a new technology. Nevertheless, IoT is playing an increasingly important role in app development and will probably offer users many more options for controlling their devices in the future.

Cloud computing is one of the solutions most adopted by companies today to improve their performance through digital transformation. Cloud computing, also known as cloud...
Read more
TECH & INNOVATION

As we already got an idea from looking at the techniques above, data mining is a complex procedure but one that has become essential. Technology...
Read more
HOW TO