5G And Health : That’s How Dangerous 5G Is 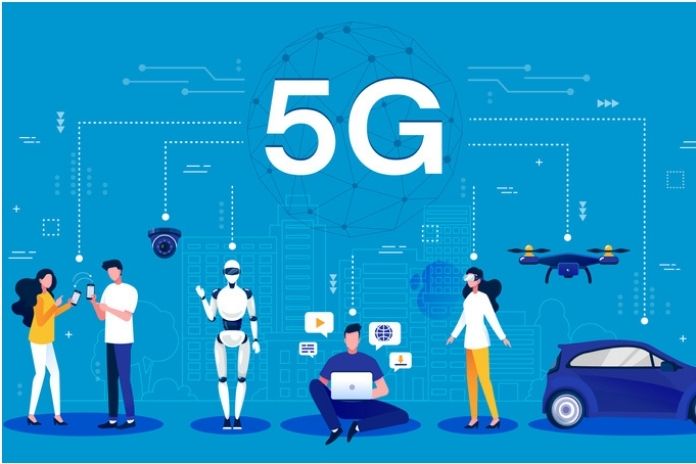 Critics warn of health risks with 5G. What can we expect from the 5G expansion? How dangerous is the super network? How can you protect yourself from too much radiation?

Everyone is talking about 5G. For the industry and economy, the ultra-fast Internet plays a central role in remaining competitive. Consumers can look forward to faster, more stable connections. But health aspects are also of interest to them. According to Google’s search trends, “5g dangerous” or “5g net dangerous” are among the most frequent searches connected with 5G. What is in store for us with the new generation of mobile communications? Questions and answers about this:

What Radiation Is Used In 5G, And What Effects Does It Have On The Body?

Cell phone radiation, as it is also used in 5G, is electromagnetic radiation. Numerous studies have already looked at the effects. “So far, it has only been proven that the high-frequency fields have a thermal, i.e., warming effect.

You know that from the microwave, “explains Sarah Drießen from the Research Center for Electromagnetic Environmental Compatibility at RWTH Aachen University. However, this effect is much less pronounced with mobile communications. There are limited values, such as the so-called SAR value, to rule out any harmful effects. The recommended maximum value of 2 watts per kilogram on the head/ear should not be exceeded.

Where Can I Find The SAR Value Of My Device?

Smartphone value from two measurements must be given to everyone – when making a phone call to the ear and wearing the device on the body. The values ​​can be found in the operating instructions for the device and online in a database of the Federal Office, which is regularly updated. If the value is below 0.6, the experts speak of a low-radiation device.

Time and again, the use of smartphones is associated with an increased risk of cancer. Is cell phone radiation considered carcinogenic?

The answer to this question is controversial. “No,” says Gunde Ziegelberger from the Federal Office for Radiation Protection (BfS). “We have no evidence that smartphone use could cause cancer if the international limits are met.” The studies are not yet able to give complete certainty because tumors have developed over a long period. “But with every year that we don’t see an increase in diseases, we get more certainty.”

Meanwhile, biologist Drießen refers to a group of WHO experts who in 2011 summarized all studies published to date. “The IARC concluded that cell phone radiation is” possibly carcinogenic. “But that does not mean that cell phone radiation is carcinogenic, ” she emphasizes. “Nevertheless, we should take the studies on this seriously.” The question cannot be definitively answered.

As A Mobile Phone User, How Can I Protect Myself From Too Much Radiation?

Experts recommend that mobile holds directly to your head as rarely as possible. Use a headset or loudspeaker function when making calls – or switch to the landline phone straight away. If the smartphone is not in use, it should not be worn on the body. Activate airplane mode at night. When the reception is poor, cell phones reach their maximum radiation output. Therefore, it is not recommended to use it in poorly developed areas, in the car, or during a train ride. Children, in particular, should be protected from high-frequency electromagnetic radiation.

What Does All This Mean For The 5G Expansion?

“It is to be expected that 5G will lead to a massive increase in forced exposure to radio waves,” warned the BUND, the Bund für Umwelt und Naturschutz BUND. So she alone would Telecomto double the number of their cell phone sites. The BfS calls for a “prudent expansion.” The 5G frequencies that will be auctioned at the end of March are 2.0, 3.6, and 3.7 gigahertz. “So as far as possible in the frequency ranges that we know from current mobile communications and that have already been well researched,” says BfS spokeswoman Nicole Meßmer. “In the future, however, higher frequencies in the range of 26 gigahertz are to be used, and these have not been researched very much at the moment.”

The Federal Office also sees unanswered questions about the installation of new cell phone systems. “There are several opposing effects here.” On the one hand, more transmitters would be installed but with lower transmission power. These would then be operated closer to places where people reside. “How this will then affect how high the radiation will be that each individual is exposed to is difficult to predict at the moment.”

What Do Critics Of The Expansion Say About Damage To Health?

Some doctors wrote an open letter to the Federal Minister of Transport and Digital in October 2018. Infrastructure Shyly turned. They warn of the effects on electro-sensitive patients. About six to eight percent of the population suffer from the “microwave syndrome,” which manifests itself through migraines, pain, or depression, among other things. In addition, there are several petitions against the expansion of the Internet.

In an international appeal, which is said to have already been signed by more than 50,000 supporters, reference is made to studies according to which “electromagnetic fields are largely responsible for the most diverse impairments of humans, DNA, cells, and organ systems in a large number of plants and animals and the most important diseases of civilization today: cancer, heart disease, and diabetes. “