5G -The Opportunities Of The New Mobile Radio Technology 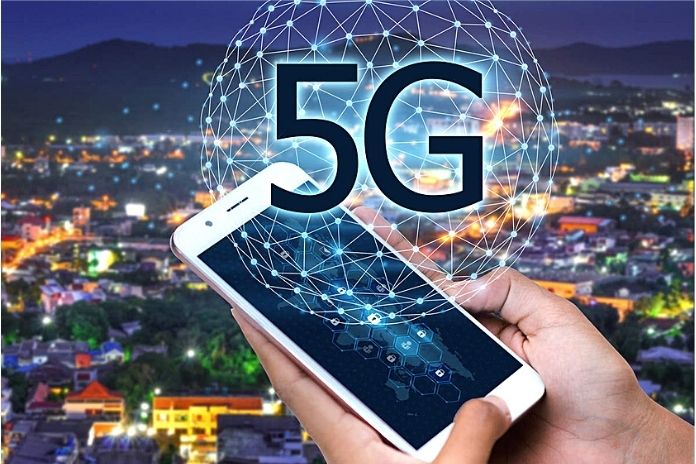 The hunger for mobile data is growing exponentially – by an average of 50 percent from year to year. Due to the steadily increasing enthusiasm for mobile video streaming and other data-intensive services, an end to this development is not in sight.

In addition, new technologies are in the starting blocks, whether in the transport sector with autonomous driving (self-driving cars), air taxis, Industry 4.0, which will be implemented via mobile Internet connections. The latest generation of 5G portable radio offers even higher transmission rates and is currently on everyone’s lips.

However, the new network technology offers higher frequencies or speeds for data transmission than LTE and extremely fast response times (latency). With 5G, there are further potential and usage scenarios for smartphone users, such as augmented reality.

But not only there, but especially in machine communication (M2M) and the networking of everyday objects (IoT – Internet of Things), the new standard of the future of the network will play a central role. This is how the Internet of Things will finally become a reality with 5G.

But what distinguishes the new cellular technology, and how will users benefit from it? In the following, we give an overview of the technical opportunities and possibilities of 5G.

5G – Explanation Of The High-Speed Network In Mobile Communications

The higher bandwidth of 5G technology is achieved by bundling several frequency ranges. This means that more space can be made available to the user for data transmission, and the data rate increases. Through what is known as network slicing, individual users can be provided with data rates tailored to their personal needs.

The cellular network is cut into different slices, so to speak, and can be used flexibly. This makes it possible to allocate tailor-made capacities to the end-user and to react individually to power peaks. With the help of the so-called multi-user beach forming technology, the various partial antennas of the 5G station can be specifically controlled and made available to the user.

This flexibility in network use plays a central role with 5G. In addition to the networking of private customers, communication between a wide variety of devices and machines (M2M) is guaranteed with the new network. Low latency times, which are reflected in the latest technology, are essential for this.

5G offers response times of less than a millisecond (with 3G, it was approx. One hundred milliseconds), which leads to fast data transmission in real-time. The new technology has great potential, especially in processes that rely on fast and reliable data transmission, such as autonomous driving.

To set up a 5G network, the use of new, previously unused frequency bands is an essential requirement. The Federal Network Agency auctioned off the frequencies for this to the four major network operators: 1 & 1, Telekom, Vodafone, and o2.

As a rule of thumb, the higher the frequency, the lower the range. Since the 5G frequencies are high compared to LTE, which also transmits over the 800 MHz band, the expansion of the new 5G mobile network will initially take place in urban areas. Here it is much easier to reach many people, even with short transmission ranges, since the population density is significantly higher.

The network operators plan to have 5G available to most of Germany by the end of 2022. Since it is especially suitable for industrial applications, the successor to the fourth generation will be operated and gradually expanded by the network operators in parallel to the current mobile radio standard – the existing LTE network.

Another prerequisite for the network operator’s 5G network structure is connecting the mobile radio cells to the fiber-optic network, as this is the only way to achieve the necessary speeds. In addition, a higher antenna density is required than with the cellular technology currently in use, as the range of the radio masts is less.

So far, a new cellular standard has been a further development of existing technologies. With LTE, much higher data transmission speeds can be achieved than with 3G; however, 4G is based on the structures of the previous 3G technology. Users mainly benefit from the faster and more stable performance of the networks and can surf on the move just as quickly as in the broadband network.

In addition to faster performance, the 5G network opens up numerous new fields of application that have great potential. After primarily people have been networked with one another up to now, with 5G, it is the Internet of Things and thus objects or machines that can communicate.

In this respect, 5G is much more than the next generation of mobile communications and opens up completely new business areas for companies and applications for end consumers. The latest technology possible applications made possible by network operators are autonomous driving, medical technology, industrial applications, and the Internet of Things.

Conclusion: 5G Frequency – What Will The New Technology Bring In The Future?

Experience shows: New technologies are usually overestimated in the short term, but the long-term effect is often underestimated.

In contrast to LTE, the end-user will probably benefit primarily indirectly. In the first step, companies from industry will play a pioneering role in using the new technological possibilities thanks to the 5G network. Private customers will also benefit from the applications and business models developed there, such as autonomous driving or medicine.

However, what is certain is that end-users will benefit from the higher speed of the mobile Internet for using data-intensive and popular applications such as video streaming and the networking of devices and machines.

Tech Buzz Updatehttps://www.techbuzzupdate.com
Techbuzzupdate is a globally recognized tech platform that publishes content related to various aspects of technology such as digital marketing, business strategies, reviews on newly launched gadgets, and also articles on advanced tech topics like artificial intelligence, robotics, machine learning, Internet of things, and so on.
Previous articleRobotic Process Automation: 5 Use Cases With Great Potential
Next articleInternet Of Things: What Trends Should You Watch Out For In 2021