Artificial Intelligence: With Transparency For Successful Use 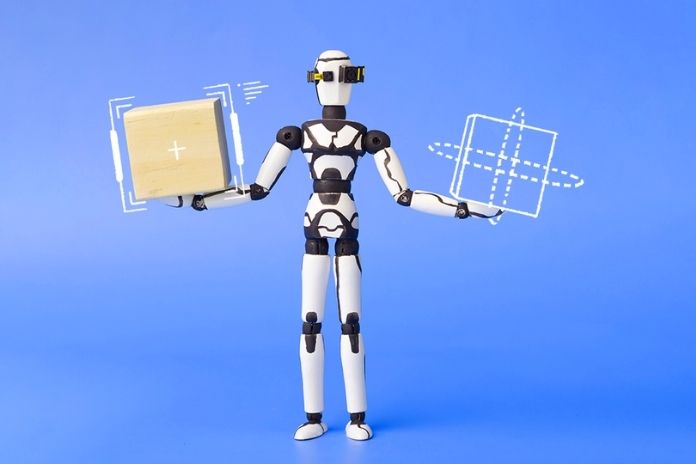 For a long time, artificial intelligence was considered an abstract construct that will one day change current life in the distant future. The essential features of future technology have long since become part of our everyday lives. Now it has to be clarified how far the coming generations of automated systems should – and may – intervene. Consistent transparency helps to counteract uncertainty and create clarity.

A Definition: What Is Artificial Intelligence?

The term artificial intelligence (AI) was created in the mid-twentieth century: in 1956, it served as the title of a project proposal by John McCarthy. The American computer scientist attended a conference at Dartmouth, where many different automated programs were presented. Some of them should be able to make their own decisions about moves in board games like chess and checkers. It was the birthplace of programs that could automatically solve theorems and read and interpret texts. But six years earlier, in 1950, Alan Turing proposed the idea of ​​AI – and developed his famous Turing test. The test is still used today to determine whether a computer can be called intelligent or not.

Learning uses machine learning: a proven technology that allows computer systems to evaluate and learn from data. They train the processing component of the AI ​​system, and a continuous improvement of the results is made possible. An advance is one of the key points that make up the technology of the future because, at best, an AI never stops developing usefully.

A Distinction: Weak And Strong AI

In AI, a distinction is made between weak and strong AI. The weak AI has no general intelligence but always acts in a firmly defined area. It is therefore used to solve specific tasks. Despite this, she can optimize herself during her work process constantly. In just a few milliseconds, it processes a large amount of data and thus clearly exceeds the capacity of humans in its area. This is why the weak AI has long since become part of our everyday life: It describes the intelligent interaction between man and machine, as found in navigation systems, communication systems, or applications such as speech and image recognition.

In contrast to weak AI, strong AI is understood as a system capable of intelligent, human-like behavior. She is neither limited to a specific task nor a predefined field, but can think independently, argue, act with foresight and develop creative ideas. However, the strong AI can only be regarded as visionary: the current technical means are far from sufficient for its development. But even if the strong AI is not yet ready for use, it is already the cornerstone for discussions about its use and the question: Is artificial intelligence morally and ethically justifiable?

Is Artificial Intelligence Harmful Or Helpful?

Every technical innovation is initially met with skepticism. Underlying this is the fact that the unknown creates uncertainty, which breeds concern. In addition, technological progress creates a new scope for action in which the well-known morality and common ethical forms of behavior do not apply. Both must first be renegotiated and openly discussed. Especially with artificially intelligent systems to copy the characteristics of human behavior, no one can avoid a differentiated discussion and uncomfortable questions. One of them is: Can humans really be imitated or ultimately even replaced?

Technological development primarily aims to optimize human-machine interaction. In this course, human skills should be effectively implemented and expanded. Using the example of working life, it can therefore be said that the future working world will undoubtedly change. But the general fear that AI systems will take over the workplace is unfounded. Instead, the human workforce should be strengthened by relying on the help of digital companions for demanding tasks and in complex work areas. AI systems are therefore not developed to replace humans but to offer them valuable support. This can be done, for example, using an extended reality (augmented reality),

Like any technical innovation, AI ​​systems will undoubtedly ensure an increase in productivity. This inevitably leads to a change in the labor market, but not to an exchange of a human for a machine. AI systems should relieve the burden – neither at the expense of self-determination nor privacy. And also in a framework that creates trust and works according to the generally applicable standards of ethics. In this way, AI can be of valuable benefit to both the economy and society.

To guarantee the benefits, regulated framework conditions are required on the one hand and consistent transparency on the other. Social and economic framework conditions create an environment where safe work on and with AI systems is possible. In this way, AI-producing companies can make use of their legal certainty and continue their work by the regulated standards without allowing their innovation potential to be restricted. At the same time, not only the groups involved in production are informed, but also the general public is adequately enlightened. Because fact-based information helps to counter uncertainty – and thanks to transparency, it becomes visible.

Transparency ensures that work processes and decision-making logic are presented understandably in the IT industry. In this way, the work process becomes visible, and the decision-making behavior can be explained and tracked at any time. With established regulations on data protection, consumer law, and anti-discrimination law, misuse can be effectively prevented. Transparency creates acceptance, and acceptance ultimately enables the profitable use of future automated technology.

The key to transparency is the software documentation. Your task is to read out digital processes and understandably explain them. It checks the functionality of the algorithms of various systems and, at the same time, reveals how they work. In this way, it ensures the quality, security, and compliance with the data protection of the software. The documentation of a specific software product is divided into many sub-areas primarily geared towards the target group. The software documentation thus provides the foundation for the transparency and thus for open dealings.

The new technology scores with a scientifically developed algorithm for software analysis that guarantees easy comprehension. The new algorithm always works by the law, is understandable, detailed and up-to-date. In detail, this means that the legally required program documentation is adhered to and recorded according to the desired or required depth of documentation in the interests of traceability. What makes the new technology in software documentation so unique is that it starts directly with the source code of the algorithms and is the only company in the world that prepares the analysis in an uncomplicated and globally understandable way. All terms are documented understandably in the study, and natural language and graphic models are used for the evaluation.

Artificial intelligence is a future technology that already supports us in everyday life. Its further development pursues the goal of creating an automated companion that assists people, especially in the work area, and profitably supplements their skills. Transparency is essential for the responsible use of artificial intelligence. It is, therefore, a necessary benchmark, especially for future-oriented companies. She breaks down prejudices and instead creates a safe space for facts and positive debates. Software documentation for the respective AI system reveals its decision-making processes and procedures, ensuring sufficient transparency. Analysis software is required to create the documentation.

Nowadays, it's hard to imagine how people used to be able to shop without the Internet. You had to go to the shops and...
Read more
ROBOTICS

Robotic Process Automation (RPA) is a highly successful way of taking over basic and repetitive organizational tasks that must be done manually. RPA speeds...
Read more