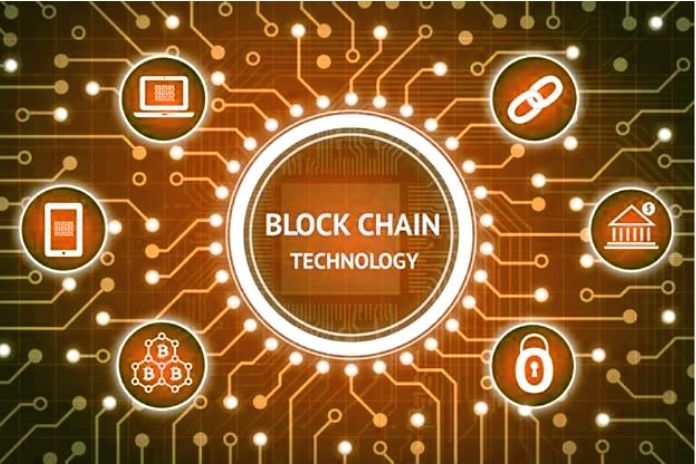 When we talk about blockchain, we mean a decentralized database that maintains a constantly growing list of transaction data records. Blockchain is a new technology for storing data and allows the secure management of all kinds of information. The term blockchain, in English “blockchain,” comes from the fact that the database is expanded linearly in chronological order. This is roughly comparable to a chain, to which new elements are constantly being added at the bottom. When a block is complete, the next is created. In addition, each block receives a checksum of the previous blocks.

Blockchain became known in the context of the cryptocurrency Bitcoin – as a web-based, decentralized, public accounting system for all Bitcoin transactions that have ever been made. New blocks with newly completed Bitcoin transactions are constantly being added, and the Bitcoin blockchain is continuously growing.

Bitcoin Was The Early Adopter Of This Technology

Bitcoin is a purely digital currency based on a decentralized payment network and requires a blockchain to be used. When paying with Bitcoins, you pay lower transaction fees than with traditional online payment providers. The payment system is completely independent of banks and states. Anyone who owns a bitcoin or several bitcoins can do anything possible with a “normal” currency. Bitcoins do not exist in physical form, and they only live on account balances linked to public and private keys. These account balances are stored in a public accounting system – the blockchain already mentioned. The computing power required to manage this large amount of data is made possible by an extensive network of computers.

The Remarkable Thing About A Blockchain

The blockchain could be described as the most significant technological invention of the Bitcoin universe. After all, the whole Bitcoin system would not work without a blockchain since new Bitcoins can only be calculated based on the Bitcoins generated so far. It is therefore essential to record what has already happened in the past. If you do not look at the blockchain using the example of bitcoins, you could see the blockchain as a pipe and the bitcoins as the water that flows through there. Another example is traffic. So you can see the blockchain as a street and the bitcoins as a car. Due to blockchain technology, new applications can be developed, and unique ecosystems can be established.

Bitcoins Prove That The Principle Of A Blockchain Works

The principle of a blockchain holds enormous potential for change. With the help of digital cash books, values ​​such as money, shares, patents, or property rights can be assigned to an owner. This ensures a forgery-proof and transparent transmission. Thus, in theory, the middlemen such as banks or notaries, previously required as trust-building institutions for business deals, could be replaced. The already mentioned killer application Bitcoin has proven for years that the technology behind a blockchain works. A unit of digital currency is now worth significantly more than an ounce of money. Nevertheless, the Bundesbank warns against speculation with cryptocurrency.

Many large IT companies have high hopes for blockchain and are currently researching and working on software and service ecosystems around this technology. IBM, for example, offers developers the option of setting up their blockchains within its cloud. Other IT companies such as Microsoft or SAP promise to use blockchain to automate transactions and the Internet of Things (IoT)to accelerate. Service providers such as B. Accenture, Deloitte, Infosys, or KPMG design corresponding business models. Venture financiers have already invested more than $ 1.5 billion in around 100 start-ups that program blockchain solutions. For example, a company like 21Inc makes the specialty computers they need and has raised more than $ 120 million.

Blockchain | The Pros And Cons

One advantage of a blockchain is that it is tamper-proof due to a very complex encryption process, the so-called hash function. Furthermore, many copies of the database are distributed in a network in which 51 percent of all instances would have to be changed to forge a database entry. Billions would have to be invested in manipulating single access in the blockchain with today’s technology. Because this would be uneconomical, a blockchain is tamper-proof according to today’s information.

In addition, it is advantageous that the blockchain does not require extensive infrastructure. In developing countries, banking can be carried out without a bank as a central authority. In addition, a blockchain can still be used even if the server fails. This is not possible with a classic database. Further advantages are the acceleration of the annual financial statements, the reduction or avoidance of unnecessary costs for the IT infrastructure, and the easier verification of data reference points.

A disadvantage of this technology is that a blockchain only works if the participating nodes are “honest,” i.e., they do not manipulate the process themselves. Their combined computing power represents at least 51% of the total computing power of the entire network. Further disadvantages are:

Also Read: What Is A Blockchain? The Explanation For Beginners