What Is A Blockchain? The Explanation For Beginners 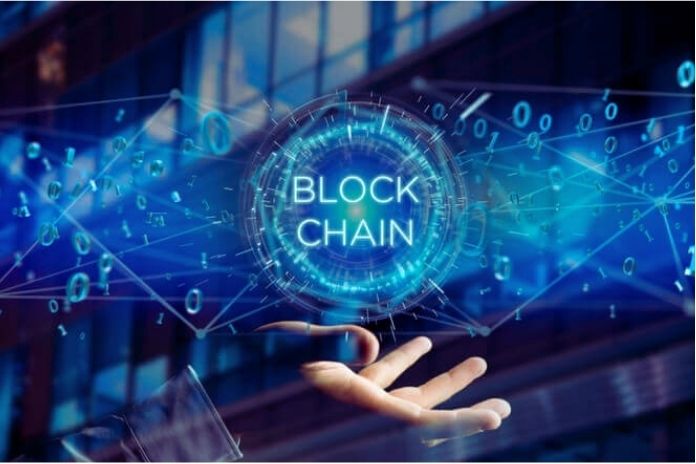 The cryptocurrency Bitcoin has been in the focus of general interest for some time and thus often also the blockchain technology, which makes this concept feasible. But what exactly is the blockchain, and is the hype about the technology justified?

Definition: What Is A Blockchain?

The term blockchain comes from English and means blockchain. The “blocks” stand for individual data records saved one after the other, creating a kind of data record chain.

In principle, the blockchain is nothing more than a large database that starts with an original block to which new data blocks are added chronologically after they have been checked and confirmed. It thus depicts a history of data records (e.g. financial transactions).

The special thing about the database of the blockchain is that it is a distributed database. This means: everyone who takes part in the blockchain system saves a complete copy of the data history on their computer.

This procedure significantly increases the security against manipulation since even if a document is manipulated, there are still many correct copies, and the user data record can be “sorted out”. In addition, the sequence of the blocks is also secured by a checksum. This prevents the order of the blocks from being changed afterwards.

While the blockchain is widely used for financial transactions, it is important to understand that it is not limited to one type of information. It can also be used for bookkeeping or for backing up music, photos or texts.

What Can Blockchain Technology Be Used For?

After the theoretical basics, two practical application scenarios of the technology will now be explained.

As already mentioned in the introduction, the most well-known examples of this technology are cryptocurrencies such as Bitcoin and Ethereum.

Smart contracts (“intelligent contracts”) are contracts that are based on blockchain technology and do not require a third party (e.g. a notary) to ensure legal security. In addition, smart contracts can come into force automatically under certain conditions.

A practical application example of this process is software licensing. Smart contracts make it much easier for the user to acquire licenses. But the license seller also has advantages through the use of smart contracts. For example, it enables customers to automatically deactivate their access to the licensed software if they miss payments.

What Are The Advantages Of Blockchain Technology?

After two possible practical applications have been explained, the next step is the advantages of the technology. So the question is: what added value can it provide?

It is possible to track and check extensions to the blockchain.

The data on the blockchain can be relied upon without trusting the other party. This eliminates the need for third parties who are normally involved as supervisory bodies. This lowers the costs involved.

The technology works like a central and digital bookkeeping system, reducing the communication effort between the parties involved. Automation also minimizes the potential for errors. This saves time.

Disadvantages Of The Blockchain – Is The Hype Justified?

A major disadvantage of this technology is a large amount of memory required. The blockchain grows with every additional block, and the growing amount of data is also stored on every node of the network. As a result, not all transaction scenarios can be mapped in this way. The performance is also a disadvantage because both the verification of the transactions and the synchronization take time.

Furthermore, integrating the blockchain into the existing IT architecture is not easy and entails a high level of change management effort.

It is also important that the blockchain is not one hundred percent tamper-proof either. If a participant can control more than half of the nodes, manipulation would be possible. Now that we’ve also discussed the disadvantages of the technology, you may be wondering:

Is The Hype Even Justified?

A study by the Hasso Plattner Institute for Digital Engineering from 2018 dealt with this topic. The study says that many of the expectations placed on technology are too high. Overall, it would still be in its infancy. Nonetheless, the researchers see a wide range of potential if the weak points are corrected in the future.

This could ensure that they can use the technology in different areas and industries. The future success of the blockchain, therefore, depends on the further development of the technology.

Blockchain As A Contrast To The Cloud?

As a managed service provider, it is our goal to relate new technologies to our activities. In this context, an interesting point of view is to consider the blockchain as the antithesis of cloud technology. In contrast to the cloud, the data in the blockchain is not stored centrally, but data is stored decentrally on all computers in the network.

In addition, the areas of application of the two technologies are different. While the blockchain is primarily transaction-related and security and traceability are in the foreground, cloud technology offers a further spectrum of application areas. It is used, among other things, to partially or completely dispense with on-premises hardware.

However, since blockchain technology is still in its infancy and is not limited to financial transactions, it remains to be seen whether its area of ​​application will expand further and whether there may be more overlaps with cloud technologies in the future.

Tech Buzz Updatehttps://www.techbuzzupdate.com
Techbuzzupdate is a globally recognized tech platform that publishes content related to various aspects of technology such as digital marketing, business strategies, reviews on newly launched gadgets, and also articles on advanced tech topics like artificial intelligence, robotics, machine learning, Internet of things, and so on.
Previous articleInternet Of Things (IoT) – What It Is And How To Use It Safely
Next articleRobotic Process Automation: 5 Use Cases With Great Potential

Several applications are eyeing blockchain technology, whether to increase the privacy of transactions or to carry out security checks, so find out about some...
Read more
BLOCK CHAIN

Supply Chain In The Age Of Metaverse

You can't toss a stone these days without meeting somebody discussing the Metaverse. Leaders might be examining the benefits of blockchain for personalization and...
Read more
BLOCK CHAIN

The Blockchain Is Finding Its Way Into The World Of Work

Blockchain technology is currently conquering the IT world with these three properties: confidentiality, protection against forgery, and transparency. The newest providers of blockchain solutions...
Read more