How Much Does The iPhone 13 Cost? Price Of The New Apple Phones 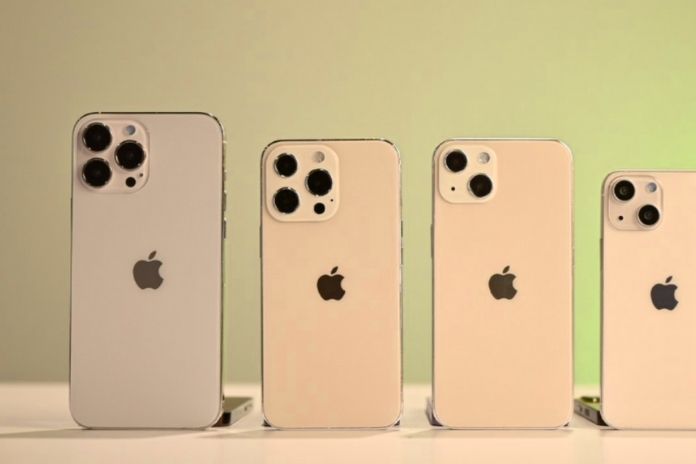 Update (September 14, 2021, 9:45 p.m.): The new iPhone 13 was officially presented. At the big keynote event, Apple unveiled the new iPhone models in the already known variants (mini, Pro, etc.). Of course, the company has also revealed the price of the iPhone 13 and its availability. The prices for the different models are graded as follows:

The money required for top smartphones has increased steadily in recent years, and Apple is also happy to adjust the price for iPhones, as the jump to the current model shows. But what about the successor? How much will the iPhone 13 cost? We look back and assess the price of the upcoming Apple iPhone 13.

It will certainly not be long before Tim Cook retakes the stage for a virtual broadcast of the next Apple keynote. Then we see the next generation of Apple phones in the form of the iPhone 13 (or iPhone 12s). The features of the new models have already been outlined in numerous leaks, which we have summarized in our rumor overview about the iPhone 13.

The question of how much the iPhone 13 will cost cannot be answered with certainty there either. So far, we have assumed that Apple will not make any giant leaps in the iPhone 13 and iPhone 13 Pro price. Recently, however, some reports claim the opposite. It assumes that the iPhone 13 could be significantly more expensive than expected.

iPhone 13: Price Of New Apple Phones – How Much They Might Cost

First, a brief overview of which devices Apple is rumored to be presented by the end of the year: The lineup will very likely again consist of an iPhone 13 mini, iPhone 13, iPhone 13 Pro, and iPhone 13 Pro Max. Therefore, we can orientate ourselves on the tiered pricing of the iPhone 12 (here with a contract).

Since Apple will, in all likelihood, concentrate on upgrading this year’s iPhones without significant design changes or groundbreaking features, the iPhone 13 (Pro) price is unlikely to change much. At least, this is the opinion of the analysts of the TrendForce portal.

If we adopt the grading of the current iPhone 12 devices, the prices will look like this:

This is how much the variants of the iPhone 13 would cost if the EIA for Germany were transferred from the basic memory variants of the predecessor. Depending on the model (e.g., mini, Pro, Pro Max) and the additional capacity, you pay between 50 and 350 euros on top for more internal storage. New storage variants at the lower and upper end (e.g., 1 TB) could make slight changes here and raise the price of the basic models or the maximum configuration.

According to the analysts, the price should move at the current generation level and only rise unexpectedly if Apple cannot keep manufacturing costs stable. A sharp spike on the price scale would therefore be an exception. It remains to be seen whether Apple will pay the necessary sum for a new iPhone 13 (Pro) 1: 1. A minor increase of significantly less than 100 euros is also possible according to this idea.

We assume that Apple will not lower the prices for its smartphones. That didn’t work even when the manufacturer canceled almost all of the accessories. If you buy a model from the iPhone 12 series, you will only find the iPhone itself and a USB-C to Lightning cable included. Apple has since omitted EarPods and power supply units. Among other things, to save a lot of space and thus CO2 during delivery.

The current conditions for the production of smartphones have also deteriorated. The chip shortage now affects the entire tech industry. Apple has not been spared from this either. This can now have more far-reaching consequences than expected: The world’s largest chip manufacturer TSMC reports that they want to raise their prices for chips by up to 20 percent.

Apple gets off well in this regard because the producer should only want to burden its largest customer with a price increase of 5 percent. Since Apple would like to continue to operate profitably, it could be that the price increase will be passed one to one on to the customers. Then the prices of the iPhone 13 models would at least reach the following level:

Apple iPhone 13 (Pro): Exact Price Will Be Revealed During The Keynote

We will only find out for what amount Apple will be offering the new iPhone 13 and the Pro versions during the keynote. After the event had to be postponed by a month last year, Apple seems to be on track this year. If nothing goes unexpectedly wrong, we expect the presentation by mid-September 2021 at the latest.

Apple traditionally sets the keynote on a Tuesday morning (local time). September 14th would be a possible date for the performance. There is currently no official invitation with the date of the presentation.

Tech Buzz Updatehttps://www.techbuzzupdate.com
Techbuzzupdate is a globally recognized tech platform that publishes content related to various aspects of technology such as digital marketing, business strategies, reviews on newly launched gadgets, and also articles on advanced tech topics like artificial intelligence, robotics, machine learning, Internet of things, and so on.
Previous articleThe Five Most Important Skills For Successful Project Management
Next articleKanban Vs Scrum: Which Method Is Better?