iPad With A Pen: Does It Have To Be The Apple Pencil? 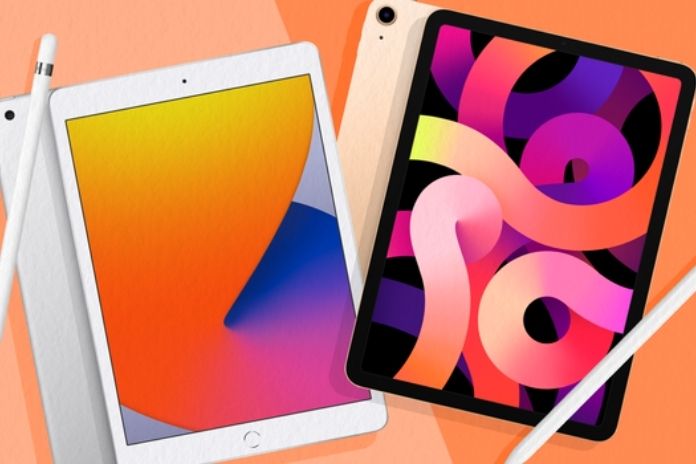 Using the iPad is twice as much fun with a stylus – and much more productive for you. Because with the pen you can paint, draw, take handwritten notes and much more on the tablet. And it doesn’t always have to be the Apple Pencil.

Once you’ve used your iPad with a suitable pen, you won’t want to go without it. This input method is indispensable for many tasks, especially for the iPad Pro. You can use it to create, paint, draw sketches and diagrams, write down lectures and meetings, or take quick notes. If you wish, you can also write your emails by hand because iOS has flawless character recognition that can even handle rather “difficult” handwriting.

iPad With A Pen: Better To Be Active Than Passive

If you are looking for pens for the iPad, you will quickly find a few dozen models priced in two different leagues – this has mainly something to do with the technology used. There are passive input pens that are particularly cheap. Passive because they can do without electronics. In principle, they only imitate the movements of a finger. They usually use a small rubber ball on the tip to do this. Since this tip must have a minimum size so that the screen can recognize the movements, working with passive pens is not very precise.

On the other hand, active pens are significantly more expensive; they require electricity during use and are usually connected to the iPad via Bluetooth. With active pens, the iPad evaluates the position of the pen tip through the connection and follows the movements. So you can work with it almost exactly to the pixel and almost without delay.

Apple itself has two models on offer: The second-generation Apple Pencil lives up to its name because it can simply do more. On the one hand, you can switch back and forth between the tools you are currently using by tapping twice. On the other hand, it sticks magnetically to the iPad, is charged inductively, and is always at hand. If you use your iPad Pro (2021) with a keyboard and pen, it can almost easily keep up with a laptop like the MacBook Air. However, the second generation of the cell is compatible with fewer iPad models. He currently supports the following models:

The first generation of the Apple Pencil is a little cheaper. The pen also works via Bluetooth and, like its successor, evaluates inclination and pressure. For pairing and charging, however, you have to remove the small-cap to insert the pin into the Lightning connector of the iPad. Fortunately, the pen loads very quickly here because with the pencil inserted, the whole construction takes some getting used to and is not particularly handy. The first generation of the Apple Pencil is compatible with significantly more devices:

In comparison tests, the two input pens produced by Apple are always a touch ahead of the alternative offers. So if you want to experience the iPad with a pen the way Apple imagined, it is worth purchasing the original.

Alternatives: It Doesn’t Always Have To Be Apple

If you are looking for an alternative to the Apple Pencil, pay attention to the product description to see whether it also mentions pressure sensitivity. This is important so that the illusion when drawing and writing is perfect. As with a classic pen on paper, the lines change depending on how hard the pen is placed. If you’re looking for cheaper active pens for the iPad, there are several good models to choose from, for example:

To decide on a pen, determine before you buy what you mainly want to do with the pen for your iPad: Is it used for quick notes or sketches in lectures or meetings? Or do you need it to create drawings or designs? Do you use it professionally or privately for fun? The Apple Pencil is undoubtedly the most intuitive pen to use and works best with an iPad. However, you can get good alternatives with a competitive range of functions for a little less money. If you want to try out how the iPad can be operated with a pen, you should first use an inexpensive passive input pen.

Also Read: How Do I Protect My Mac?

Tech Buzz Updatehttps://www.techbuzzupdate.com
Techbuzzupdate is a globally recognized tech platform that publishes content related to various aspects of technology such as digital marketing, business strategies, reviews on newly launched gadgets, and also articles on advanced tech topics like artificial intelligence, robotics, machine learning, Internet of things, and so on.
Previous articleThe Most Secure Browser For Your Mac Computer
Next articleFast Server, Good Ranking