iOS 15 Is Here: These Are The New Top Features for iPhones 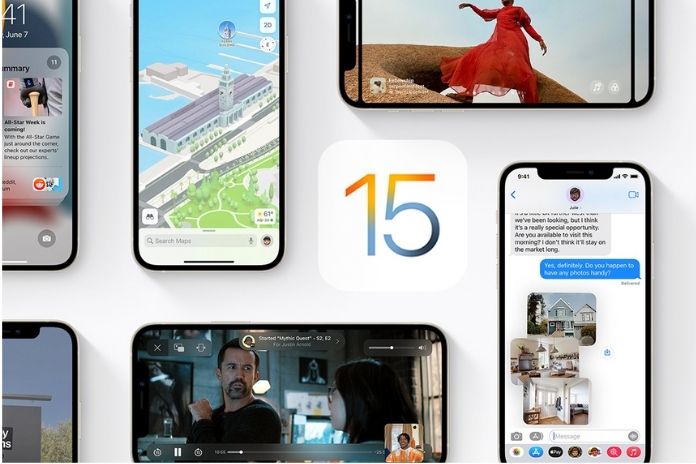 The time has finally come: iOS 15 is out of the beta phase and should be distributed to all users today. We have summarized for you which are probably the most significant new features of the iPhone update.

Monday, September 20, 2021, Apple will distribute the next major update to all compatible iPhones and iPads with iOS 15, which was already teased for WWDC 2021. Developers and the curious were able to test many features in advance in a developer or public beta. For iPhone users, the jump to the following software version means many smaller and larger innovations. In addition to iOS 15 for iPhones, the tablet-optimized iPadOS 15 is sent “over the air” to the devices around 7 p.m. You can find our overview below.

iOS 15: The Top Features For iPhones

One of the focus points of iOS 15 is the better organization of messages or notifications and everyday tasks. But the “digital togetherness”, which became more critical especially during the pandemic, has been assigned importance in this update. In addition, privacy and security naturally play an important role.

Apple has worked on the style of inbound notifications. App icons are now displayed much larger in reports for better visibility. Incoming iMessage messages also show the user’s profile picture instead of the initials directly in the notifications.

There is also the new notification overview: It lets you summarize notifications in a report presented to you on the screen at predefined times at intervals. So it would help if you got the flood of messages better under control. Apps and notifications classified as necessary, such as calls, appointments, etc., will continue to be delivered directly.

The focus mode is the enhanced version of the existing “do not disturb” function. You can now create different profiles (e.g. work, leisure, sleep) and define in these which notifications and apps should be displayed to you.

When you switch to another profile, your home screen can change accordingly and, for example, display more work- or leisure-oriented apps. When you are in which focus profile can be regulated manually and automatically via the time of day or where you are. Your settings are also synchronized with your other Apple devices.

SharePlay With FaceTime And Conference For Everyone

The new SharePlay function makes it even easier to spend time digitally with other Apple users and share experiences. For example, media such as videos, music and streams from different providers can be enjoyed live together in a FaceTime group call. Everyone sees the content individually on their iOS device while they talk about it. Also, Apple takes an example from Zoom. You can even easily share video conferences with Android or Windows users using a link, who can then join the conversation via their browser.

Apple has almost completely redesigned Safari to bring it closer to its macOS counterpart in terms of functionality. The new tab bar allows you to switch between pages quickly. The one-hand operation has been optimized by the unique design with an address line placed below. After more substantial criticism of these changes, Apple gave users back the old view as an alternative in the beta phase.

Apple’s push continues in the direction of more privacy and control over the same. The “App Privacy Report” should help you keep an eye on the machinations of your apps. Throughout the week, it lists which apps, for example, have accessed the camera, microphone, contacts, location data and photos and how often. It is also recorded when applications send information to third-party domains. In addition, your mailbox is better protected by keeping the reading status, and your IP address is hidden from curious senders.

iOS 15 And iPadOS 15: Not All Features For Release

In addition to the features mentioned, there are many other functions and improvements that Apple is presenting with the significant software version jump. Multitasking with multiple windows is now even more intuitive on the iPad, and the iPhone’s app drawer is also available. The weather app has also been revised. Siri works much faster with iOS 15 and even works offline. “Live Text” lets you copy text from images and even find it in pictures from your gallery with the enhanced spotlight search. However, some of the new functions, such as the Privacy Report and SharePlay, should only appear on the devices with a bit of delay.

We assume that Apple will release iOS 15 and iPadOS 15 for users of compatible devices around 7:00 p.m. German time. So if you have at least an iPhone 6s or an iPad (5th generation), you can look forward to the rollout tonight.

Also Read- iPhone 13: This Bang Feature Is Probably Only For Emergencies

TikTok or Instagram ? Is it better the "social of ballet performances," which has not been so for quite a while, or the social...
Read more
APPS & SOFTWARE

Trollishly: How To Grow Your TikTok Following From The Scratch?

TikTok is now developing as a solid social media platform. If you heard that TikTok is an excellent social network for getting great returns...
Read more
APPS & SOFTWARE

Through our guide, you will want to rapidly and effectively comprehend how to drop a Netflix Subscription from any gadget without any problem. We...
Read more