Laser Printer: How It Works + Advantages And Disadvantages 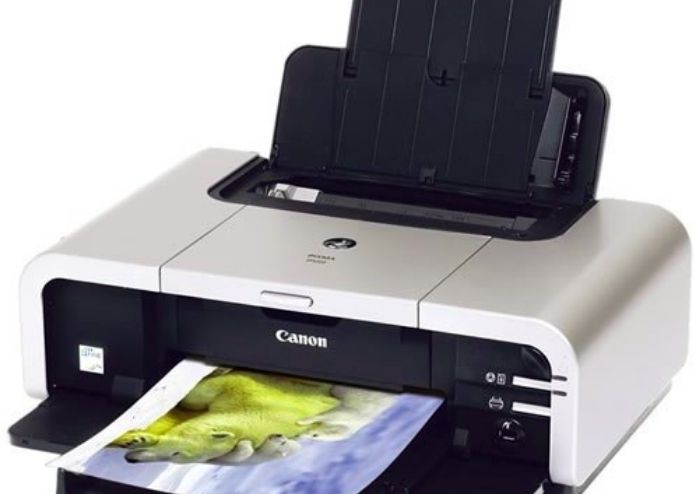 Everyone knows it, (almost) everyone has used it before, but hardly anyone knows how it works. We are talking about an inconspicuous companion in offices, authorities, companies, and private households that does his job every day without complaint – and whose importance we usually only notice when it is not working. Laser printers have been working for us for more than 50 years, printing out our texts, presentations, tables, and graphics page by page. So it’s time to take a closer look at the devices – because what’s hiding under the mouse-gray housing is everything but boring!

How A Laser Printer Works

A roller is a heart with every laser printer (and it doesn’t matter whether the device prints in color or black and white). This roller, also often referred to as a drum, is equipped with a photo electrically sensitive layer. What sounds highly scientific is quite bland: the drum or its top layer reacts to electrical impulses. A voltage field with an electrical charge is generated around the drum. Due to the negative amount of the voltage field, the tiniest particles, which are also negatively charged, are almost magically attracted.

The particles migrate towards the roller and settle on the drum-like flies. Now it’s lasered! Because a laser printer doesn’t have its name by chance. A laser unit is aimed at the loaded drum and “shoots” a laser beam. And in such a way that the desired print image is traced on the drum. The negatively charged particles on the drum hit by the laser beam lose their charge and detach from the surface. Bit by bit (one could also say “pixel by pixel”), the document to be printed is transferred to the drum.

Another process starts while the drum is still exposed to the laser beam. A fine powder is required for the print image on the drum to become a printout on paper – the toner. This powder can be charged negatively and is attracted to the drum-like particles before it. The toner then settles on the drum. However, only in the areas previously processed by the laser beam – the remaining space is still occupied by the negatively charged particles.

Now the drum is prepared so that the actual printing process can occur. For the toner particles to decide to leave their preferred location on the roller, they must be pushed in the right direction. This happens when the printing paper is also electrically charged. As a result, the toner particles can’t do anything else – and confidently migrate to the report.

The electrical voltage ensures a relatively good adhesion effect, but only in the safe environment of the laser printer. Outside, in the harsh world of everyday office life, the slightest gust of wind would suffice, and nothing would remain of the laboriously printed work. Therefore, the toner is still fixed before it leaves the printer. This requires two things: heat and pressure. Therefore, every laser printer has additional rollers that can be heated.

The printer paper with the toner is fed through between these rollers – usually two of them. The consequence is that the toner particles, which have just been volatile, are burned into the paper structure. Now it can storm as it wants – the toner is bomb-proof. As the final act, a wafer-thin layer of protective varnish is applied over the printed paper. This layer makes the documents insensitive to sunlight, water, and sweat. The rollers are cleaned, the record is rejected, and you hold your page of text in your hands.

Quite a lot of technology that’s in such an inconspicuous laser printer, isn’t it? Of course, the question arises: do you need it?

Advantages And Disadvantages Of A Laser Printer

This question is almost always answered in companies with a clear “yes” because laser printers offer several advantages over inkjet devices. The print capacity, i.e., the number of pages output per minute, is significantly higher than with ink printers. A standard laser printer can print up to 30 pages per minute; an inkjet device can do the top half. In addition, there is a meager price per page. While you have to calculate between 5 and 30 cents per page on an inkjet device, modern, economical laser printers cause printing costs of 1 to 3 cents (each for pure text documents). Toner cartridges also last much longer – up to 3000 pages can be printed with one filling. On the other hand, an ink cartridge is at the end after 500 to 1000 pages.

What immediately catches the eye, especially with graphics and tables, and written documents, is the high contour accuracy of a laser printer. In contrast to inkjet devices, the print image on a laser printer is not generated point by point but line by line. The most delicate lines are displayed without fraying, reflected in the sharpest contours.

Why are inkjet printers still sold at all, one or the other of you may ask. Well, laser printers can do a lot, but not everything. For example, they cannot display images and photos in optimal quality. Especially when it comes to color gradients and color fidelity, laser printers cannot keep up with their colleagues from the ink department. Laser printers are also more expensive to buy than inkjet printers – which, however, is quickly put into perspective when there is a high volume of printing.

Laser printers also don’t stand a chance to compare energy consumption and power consumption. Since rollers in a laser printer are heated, and the heat has to be dissipated by fans, the power consumption of the devices increases sharply with frequent use. Up to 100 euros must be calculated per year and laser printer if the device is used daily. However, intelligent ECO functions reduce the hunger for electricity to a tolerable level in cutting-edge devices. It is, therefore, worth comparing printers with one another. Sites such as Drucker-check.de offer extensive options for this.

By the way, purchasing a laser printer is also worthwhile in the private sector. Since toner, unlike ink, cannot dry up when not in use, a laser printer can easily sit in the corner unused for several months – and once it is put back into operation, it works just as well as on the first day! Also interesting are so-called multifunction printers, which can not only print, but also copy, scan, and fax. These devices replace up to four individual appliances, which makes them particularly economical, space-saving, and, above all, practical.

Also Read: What Software And Hardware Components Does A Company Need?

Tech Buzz Updatehttps://www.techbuzzupdate.com
Techbuzzupdate is a globally recognized tech platform that publishes content related to various aspects of technology such as digital marketing, business strategies, reviews on newly launched gadgets, and also articles on advanced tech topics like artificial intelligence, robotics, machine learning, Internet of things, and so on.
Previous articleSEO For Startups: Five Important Aspects
Next article13 Trends For Content Marketing In 2022

How Can Artificial Intelligence Be Used Within Companies?

If a robot can even pass the entrance exam, you can already imagine the infinite possibilities of using artificial intelligence in companies. It can...
Read more
HOW TO

How To Make Your Chromebook Faster

After months or years of use, it is customary to see bugs or slowdowns on our Chromebook. Here are a series of simple tricks...
Read more