NFV (Network Function Virtualization): What It Is And How It Works 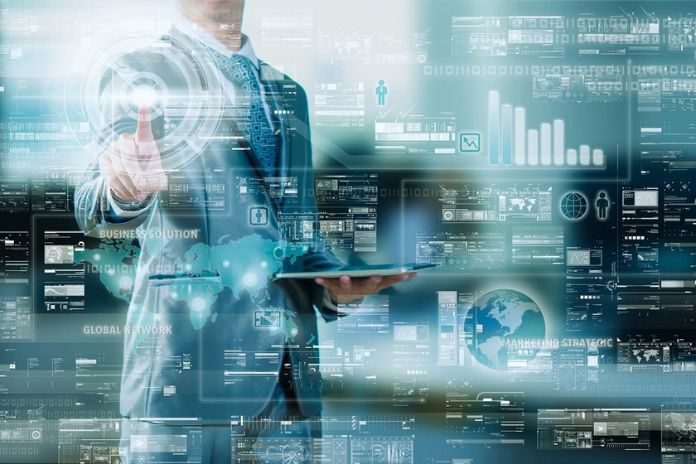 NFV is an emerging technology rich in resources, which can quickly respond to the needs of flexibility, scalability, and sustainability expressed by companies. It offers network services necessary to keep up with the digital transformation and does not lose sight of the importance of security.

What is it about? What advantages can it concretely bring to the company?

What Is Meant By NFV?

NFV (Network Function Virtualization) is the virtualization of network functions. It is used to replace hardware in favor of the abstraction and installation of virtual machines that operate under the control of a hypervisor.

This allows the network functions to be controlled by the software running on standardized computing nodes, favoring a fast development of new services thanks to the use of the Cloud.

The new network services are thus more dynamic, with no need to install new or proprietary hardware, and companies can significantly reduce costs.

What are these services? The main ones are routers, firewalls, and load balancers deployed on-demand with scalability and agility without additional resources.

When implementing an NFV, there are standards upon which the architecture is based to ensure stability and operability. The components are:

All The Advantages Of Network Function Virtualization

Why virtualize network services in the company? What are the benefits that this emerging technology can offer?

Doing an analysis, the benefits are numerous, starting from the possibility of reducing the physical and dedicated hardware to perform network functions on standard hardware.

In addition, multiple functions can be performed simultaneously on a single server, allowing you to recover physical space and consolidate resources, saving energy and drastically reducing costs.

Therefore, the result is excellent flexibility capable of accelerating the distribution of services and applications and making NFV an elastic technology that knows how to adapt to changing demand.

Network Function Virtualization is also outstanding for testing the value and effectiveness of possible new services while maintaining a low level of risk and offering a very high degree of performance customization without the need for additional budget investments.

Companies can count on agility and scalability; if necessary, it is possible to take advantage of Pay As You Go models.

In addition to all these benefits, other significant advantages that emerge are:

NFV is based on the virtualization of network functions, which do not require dedicated hardware but are controlled by software.

What is the difference between Network Function Virtualization and Software Defined Networking (SDN)?

Software Defined Networking is a network architecture with which to manage hardware and software components in a structured and centralized manner.

Alternatively, it can rely on a traditional hardware network but control it through software.

NFV and SDN are both technologies based on virtualization and network abstraction, but they take advantage of different ways to separate functions and abstract resources.

The NFV, on the other hand, extracts the network functions from the hardware and provides the necessary infrastructure to support the SDN and run the software.

Network Function Virtualization has also spread more recently than Software Defined Networking and has developed to bring the latter’s benefits to the world of WAN connectivity, telco, and carrier.

In particular, it can be said that the NFV has inherited from the SDN the software-defined approach made possible by virtualization.

The two technologies can be used together on standard hardware to create a programmable network architecture that is more flexible and can exploit resources more efficiently.

Also Read: Supply Chain In The Age Of Metaverse

Tech Buzz Updatehttps://www.techbuzzupdate.com
Techbuzzupdate is a globally recognized tech platform that publishes content related to various aspects of technology such as digital marketing, business strategies, reviews on newly launched gadgets, and also articles on advanced tech topics like artificial intelligence, robotics, machine learning, Internet of things, and so on.
Previous articleSocial Networks vs. Social Media: Understand The Difference
Next articleIoT And Analytics: Benefits For Business And Society