Galaxy S22 Ultra: Samsung Dazzles The Competition With This Display 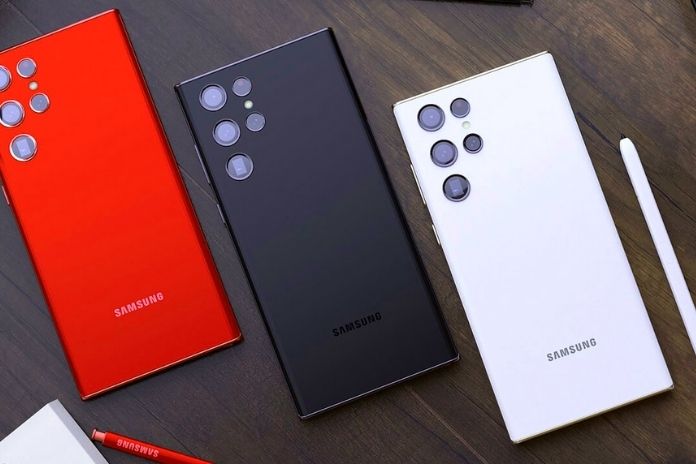 The Galaxy S22 Ultra is poised to become the most substantial overall package on the smartphone market. Another detail regarding the display used in the Ultra and models has now emerged, with which Samsung could even outperform the intense competition in one area.

Based on non-public sources, the portal has found that the LTPO OLED display of the Galaxy S22 Ultra achieves a higher maximum brightness (peak brightness) than other OLED screens before it. Up to 1750 nits are spoken. Other manufacturers have not yet been able to present a value in their technical data. But not only the Ultra model should reach this new mark and thus surpass the 1500 nits of its predecessor, but the Galaxy S22 Plus is also said to be equipped with an equally capable display. Only the standard model of Samsung’s flagship series should adopt the values ​​of the direct predecessor Galaxy S21 (1000 nits).

Should Samsung achieve the claimed value, this would be an advantage for users, primarily in high bright environments (e.g. in direct sunlight). The deal is implemented via the automatic brightness control, which temporarily increases the display brightness in extreme situations. In addition, these values ​​can usually only be achieved with HDR content.

In all cases, however, the manufacturer’s measurements usually do not refer to the entire screen area but small screen size. Such values ​​are generally not reached in everyday use and via manual controller adjustment since Samsung severely limits the brightness here to protect the display and prevent burn-in. According to the report, a maximum brightness of 1200 nits will be possible by default, but the average value is significantly lower.

Until now, Xiaomi held the record for the brightest OLED display. The Xiaomi Mi 11 Ultra, which is difficult to obtain in this country, reached a peak value of 1700 nits. The Xiaomi 12 Pro presented in China currently only has a maximum of 1500 nits. In comparison, Apple specifies a maximum weight of 1200 nits for its iPhone 13 Pro Max However, how bright the display will be in everyday use often depends on the manufacturer’s caution. However, in extreme situations, the Galaxy S22 Ultra is likely to be brighter than its predecessor and ensure better readability.

Also Read: iPad With A Pen: Does It Have To Be The Apple Pencil?

Tech Buzz Updatehttps://www.techbuzzupdate.com
Techbuzzupdate is a globally recognized tech platform that publishes content related to various aspects of technology such as digital marketing, business strategies, reviews on newly launched gadgets, and also articles on advanced tech topics like artificial intelligence, robotics, machine learning, Internet of things, and so on.
Previous articlePutting People At The Heart Of Workplace Automation
Next articleApps: From Creation To Release