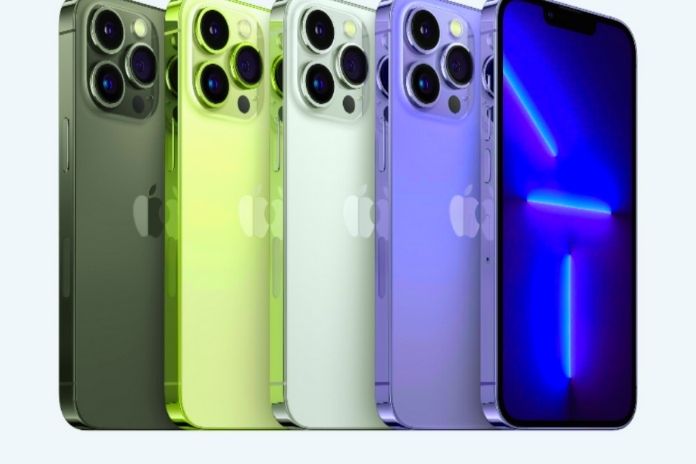 The prices of a new iPhone like to ridicule the Android camp. One hears again and again about an “Apple tax.” But it’s not that simple after all. In some ways, the iPhone 13 Pro is even a better deal than the Galaxy S21 + (for review)  – at least when it comes to the cost of materials.

Do you know how much the individual components of your smartphone are worth? Probably not. Because any manufacturer does not give these figures on their own. Not even Apple, whose cell phones are often viewed as overpriced. After a teardown of the iPhone 13 and iPhone 13 Pro, there are now initial estimates of the material costs. The individual parts of the Pro model should cost just under 570 dollars to purchase, which corresponds to a factor of 1.9 for the retail price of 1099 dollars. For comparison: The Galaxy S21 + costs 508 dollars to buy and has an MSRP of 1049, a factor of around 2.06.

This assessment comes from Tech Insights, which specializes in reverse engineering. According to the experts, the iPhone 13 Pro is a little more expensive than its predecessor, where the individual parts only cost $ 548.50. In particular, the chipset, memory modules, the display, and the housing are responsible for the increased price. Presumably, the current shortage of chips is also driving up Apple’s production costs.

Incidentally, if you think at this price that Apple is putting the difference to the RRP in its pocket, you are mistaken. In addition to the pure material costs, work, development costs, and infrastructure would be factored in. Other factors beyond Apple’s control – such as taxation – are also a significant factor in the selling price of a smartphone.

The teardown not only provides an exciting insight into Apple’s price structure but also into the hardware used. SURPRISINGLY, the A15 Bionic in the iPhone 13 and iPhone 13 Pro look identical, although its GPU has an additional core in the Pro version. A look under the hood also reveals a specification that Apple does not officially state: The iPhone 13 Pro has 6 GB of LPDDR4X RAM. This is a lot less than many Android flagships, but the iPhone can use the available memory more efficiently.

The shrunk notch can also be explained with a look inside. The individual sensors are now a little closer together and have been rearranged. The primary camera, on the other hand, has grown a bit. The wide-angle camera now uses a 62 mm² sensor, the largest ever in an iPhone.

But what about the “Apple tax”? Of course, as a profit-oriented company, Apple demands more money for a smartphone than it costs to produce. At least in direct comparison to Samsung, however, Apple’s margin is probably not significantly higher, as the example of the Galaxy S21 + shows. One could rather speak of a “flagship tax” since the surcharges for top devices are usually higher. The manufacturers in the mid-range segment have to calculate more tightly since a price difference of just a few euros can be decisive here.

Tech Buzz Updatehttps://www.techbuzzupdate.com
Techbuzzupdate is a globally recognized tech platform that publishes content related to various aspects of technology such as digital marketing, business strategies, reviews on newly launched gadgets, and also articles on advanced tech topics like artificial intelligence, robotics, machine learning, Internet of things, and so on.
Previous articleCloud Migration Risk: How To Secure& Monitor Access To Cloud Resources
Next articleThe Challenges Of Digitizing A Pharmaceutical Company