How Climate-Friendly Is 5G? 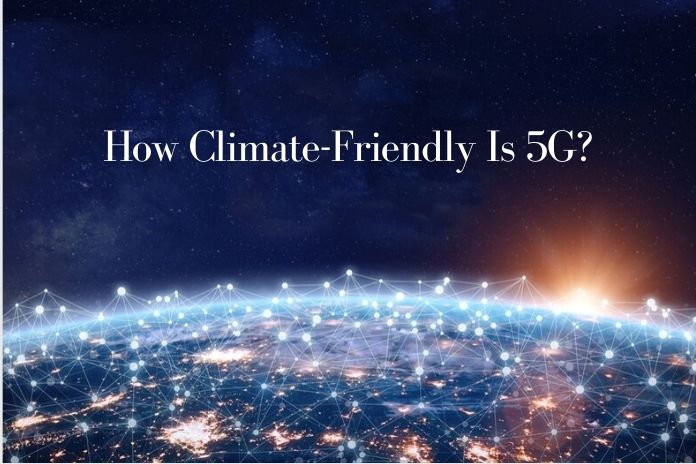 Researchers determine greenhouse gas balance for 5G infrastructure and applications. Climate sinners or helpers? Researchers have determined how converting mobile communications to the 5G standard could affect the climate.

Accordingly, the production and operation of the 5G infrastructure and end devices generate a good 0.16 megatons of CO2 equivalents per year. However, in terms of the amount of data transferred, 5G networks are 85 percent more economical than 3G and 4G technology. In addition, 5G applications could save between 0.1 and 2.1 megatons of CO2 per year.

The 5G standard should allow more speed and bandwidth for mobile data transmission in the future. This is possible because this technology is based on higher frequencies and more effective use of the individual frequency ranges. This enables transmission almost in real-time – this is important for applications such as autonomous driving, industry, or the Internet of Things.

However, the 5G standard has a significantly shorter range than the 3G or 4G networks, so the antennas have to be placed with less distance, and accordingly, more of them are necessary.

5G: Opportunity Or Risk For The Climate?

This raises the question of what the climate footprint of this new technology looks like: Will the construction and operation of the 5G network lead to more greenhouse gas emissions? Or does the more efficient technology ensure that the climate balance of mobile communications is even more positive? This is exactly what Jan Bieser from ETH Zurich and his colleagues have investigated, using Switzerland as an example.

For their study, the researchers determined which CO2 emissions will be caused by developing the 5G network up to the year 2030. In doing so, they took into account both the energy and material flows for the construction and operation of the infrastructure and the indirect effects of new applications. According to their forecasts, the 4G network will still exist in 2030, but it will only account for around 20 percent of data traffic.

“The aim of this study is not to provide arguments for or against the development of 5G mobile networks in Switzerland,” emphasizes Bieser and his team. “Rather, a specific aspect of 5G is to be examined: the expected effects on greenhouse gas emissions. Other aspects, such as safety or health, are expressly not considered in this study. “

The result: the establishment and operation of the 5G network, including the necessary technology, will lead to additional emissions of 0.018 megatons of CO2 equivalents per year by 2030. In return, 57 percent go back to the production of the network infrastructure and 43 percent to the electricity required to operate the network. In addition to these emissions, there are another 0.03 to 0.16 megatons of CO2 for the end devices used in future 5G applications.

However, this means considerable savings compared to the 3G and 4G networks that have been used up to now, as the researchers explain. About the data rate, these now cause emissions of around 30 grams of CO2 equivalents per gigabyte on average. “For 5G mobile networks, we expect emissions of around 4.5 grams of CO2 per gigabyte in 2030, which is 85 percent less than with today’s mobile networks,” said Bieser and his team.

Given the increase in data traffic forecast for the future, switching to the more efficient 5G network could help save emissions despite the many different systems, as the scientists explain.

However, there is a catch: These advantages could disappear if the 5G network also increases the demand for corresponding services and devices so much that these savings are compensated – a perfectly conceivable scenario.

However, this could be offset by the indirect effects of 5G technology: 5G, for example, enables intelligent power grids, increased digital work without commuting or travel, and precision agriculture with less use of fertilizers and pesticides. All of this could reduce greenhouse gas emissions by 0.1 to 2.1 megatons of CO2 per year by 2030, the researchers said.

Further reductions can result from technologies such as autonomous driving, telesurgery, and intelligent buildings. “However, these applications will not be able to exploit their potential so quickly fully,” explains co-author Roland Hischier from the Federal Materials Testing and Research Institute Empa. The climate protection potential of 5G technology could, therefore, even increase after 2030.

It Depends On The “How”

Overall, the scientists conclude that the 5G standard can help make mobile communications and their applications more climate-friendly – provided it is used accordingly. “The total savings potential in the context of the applications examined in this study is significantly higher than the greenhouse gas emissions caused by the 5G networks,” said Bieser and his colleagues.

However, it is important to create favorable framework conditions for the emission-saving applications of 5G technology – for example, by promoting flexible work models, new mobility services, renewable and decentralized energy sources, and more targeted agricultural methods. “To put 5G at the service of climate protection, it is necessary to develop climate protection potential through 5G-supported applications systematically and to avoid rebound effects,” the researchers said.

Also Read-5G And Health : That’s How Dangerous 5G Is

Tech Buzz Updatehttps://www.techbuzzupdate.com
Previous article5G And Health : That’s How Dangerous 5G Is
Next articleHow Innovative Business Ideas For Starting A Business Can Be Found