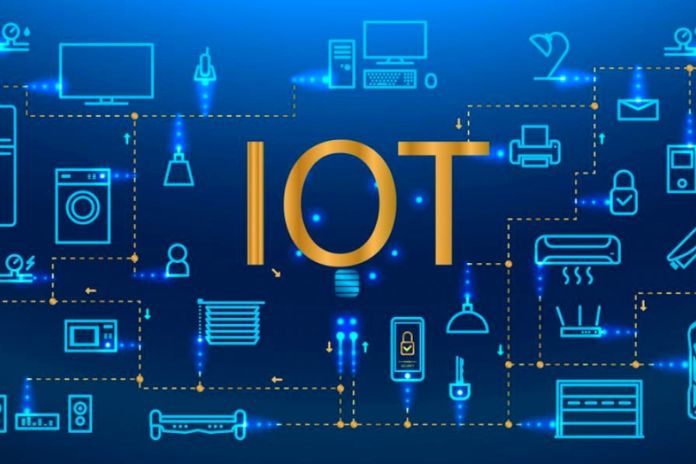 Are you a curious person and follow how technological innovations have advanced exponentially in recent times? Yes, indeed, you have come across some IoT sensors. After all, they are responsible for making many of these advances possible.

Want an example? Have you ever been to a place where the light is turned on automatically? This is one of the types of IoT sensors used the most nowadays. However, they can go much further!

What Are IoT Sensors?

The Internet of Things has as its primary objective the interconnection of objects, elements, machines and components through the internet. Therefore, this concept is materialized through IoT sensors.

This means that these are the mechanisms responsible for collecting information from the environment in a way capable of making it communicate with automated systems.

This way, the integration can be between a device and a system or through several elements in a single system. A good example is its application in the Industrial Internet of Things.

In this case, the IoT sensors developed can interconnect various models of machines and equipment to a system, which makes it possible for a production process to happen through remote control, for example.

For example, a steel plant that molds iron parts to be used in civil construction. Through IoT sensors, it is possible to make a part go through the heating process for the foundry and then automatically go to a mold.

Therefore, it is essential to understand more deeply the numerous applications of IoT sensors in human routines. Therefore, be sure to check out the examples we have gathered so you can better understand how they work in practice.

Despite having many applications, types of IoT sensors are divided into four groups. Learn more about each of them.

Humidity sensors are capable of bringing benefits in monitoring soil and air. They provide the measurement relative to the given area and can restore the charge level present in the capacitor on the electrical circuit board.

Therefore, this model has gained prominence in the agricultural field, being fundamental for the cultivation of crops in various parts of the world.

Motion sensors that detect the physical movement of objects and people in a given region are mainly used in the security sector to combat thefts and robberies.

These intelligent devices use electrical signals transmitted by moving something to fulfil this function.

In this category, we can highlight three main models:

Speed ​​sensors, also known as accelerometers, are used in several contexts. Among them, it is possible to highlight some functionalities used in everyday life through smartphones.

These models of devices usually have a system capable of detecting vibrations, inclination and linear acceleration activated in applications such as those controlling the distances travelled or the steps taken in a day.

Proximity sensors seek to detect the presence or absence of something or someone in real-time. With this input, he can convert the information to an electronic system that will follow commands of which pattern it should follow in a given situation.

These sensors can be classified into some categories; the main ones are:

Proximity sensors are used in a variety of contexts. It is worth highlighting examples from everyday life, such as automation in turning lights on and off according to the presence in a particular environment.

As the name suggests, gas sensors are used to monitor changes in the composition of the air in a given place. That is, to understand if one or more substances are above or below the ideal.

Among the most monitored gasses, it is possible to highlight the following:

Because they can identify the presence of toxic or harmful substances, gas sensors are widely used in industries and cities with a high degree of pollution.

Another prevalent type of IoT sensor measures the levels or quality of substances flowing in open or closed systems.

In this context, level sensors are widely used in industries and agriculture. Making the processes be monitored and giving commands to start and stop based on liquids in stock.

A practical example is its use to measure fuel levels in agricultural machinery. They signal when it is necessary to make new supplies so that they continue to function correctly, just like standard car tank gauges work.

Have you ever slept with air conditioning and woken up very cold? This is one of the situations that temperature sensors can make more efficient.

Despite having a simple application and seeking energy efficiency, it has considerable impacts on saving natural resources in homes and large companies and industries.

Also Read: IoT And Analytics: Benefits For Business And Society

Tech Buzz Updatehttps://www.techbuzzupdate.com
Techbuzzupdate is a globally recognized tech platform that publishes content related to various aspects of technology such as digital marketing, business strategies, reviews on newly launched gadgets, and also articles on advanced tech topics like artificial intelligence, robotics, machine learning, Internet of things, and so on.
Previous articleRPA: A New Way To Make Your Company Even More Efficient!
Next articleHow To Analyze Google Analytics Metrics And Dimensions