iPhone 13 Processor: Is It the Fastest? 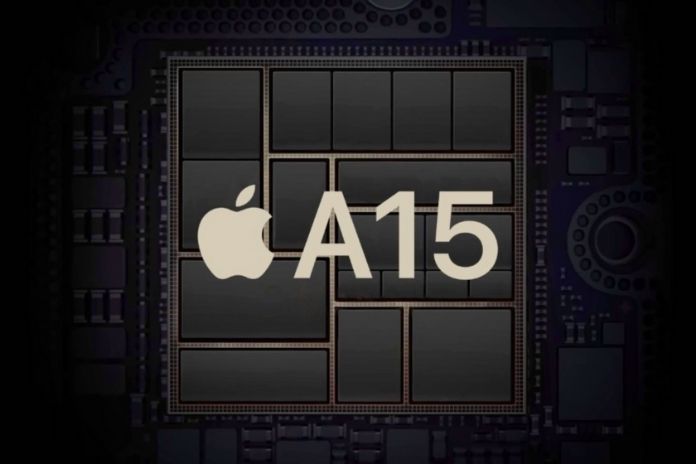 Apple has been using processors developed and manufactured in-house for the iPhone and iPad since 2013. They are used under the name “Apple Silicon.” One of these powerful chips is also used in the iPhone 13. We’ll tell you what you need to know about the iPhone 13 processor.

In the iPhone 13 series, Apple uses its self-developed A15 Bionic Chip. Unlike what you might know from a PC, the Apple processor is designed as a “System on a Chip” (SoC). The small processing unit combines all the various processors to perform tasks in notebooks and desktop computers. And how good is the A15 in the iPhone 13 ? We’ll clarify that now.

Which Processor Does The iPhone 13 Have?

As an SoC, the Apple A15 Bionic also adopts this concept. It contains four cores: the central processing unit (CPU), the graphics unit (GPU), the modem for data transmission, and the NPU (“Neural Processing Unit”).

Apple is proud of the NPU, the “neural processing unit.” Without going into the technical details too much: The main difference between NPU and CPU is that sub-tasks of a command are not processed one after the other but in parallel. This makes the system faster when it comes to processing speech and images. The NPU ensures that Siri answers faster if you ask the assistant a question. In addition, the NPU is capable of learning and optimizing itself (according to your habits).

Differences Between The Chips Of Each Model

The A15 Bionic forms the heart of the entire 13 series, so it is used in the iPhone 13 Pro Max, iPhone 13 Pro, iPhone 13, and iPhone 13 mini. However, the chipsets in the different models are not identical. The differences lie in the depths of the chip.

iPhone 13 Processor: That’s How Fast The A15 Bionic Is

Apple calls the A15 Bionic in the iPhone 13 Pro the fastest smartphone chip of all time. That doesn’t seem to be an exaggeration, as the first benchmarks show. There are now several applications that measure the speed of processors and thus make them comparable with others.

One of the most famous benchmarks is Geekbench. And the results are astonishing: the iPhone 13 Pro is almost 56 percent faster than the iPhone 12 Pro. The difference between the iPhone 13 and iPhone 13 mini and their immediate predecessors is not quite as impressive. Here the lead is “only” around 16 percent. The Pro versions benefit significantly from the additional GPU core.

And how does the comparison of the iPhone 13 processor with Android systems go? The Snapdragon 888 from Qualcomm is used in most flagships from the Android world (e.g., OnePlus 9 Pro, Xiaomi 11T Pro, Samsung Galaxy Z Fold 3). Apple leaves this fast chipset behind. The A15 Bionic is between 30 and 50 percent faster depending on the measurement and the task at hand. In short: Anyone who buys an iPhone 13 is currently indulging in one of the fastest smartphones on the market.

Implementing CRM strategies is a way to cover the entire customer base, and sales funnel management process. We are going from attracting new consumers to...
Read more
GADGETS

The latest Apple products have not had a conventional headphone jack for some time. However, Apple itself offers the popular Airpods. These wireless headphones...
Read more
APPS & SOFTWARE

Five mistakes that are often made when using Excel spreadsheets. What are they, and how can they be fixed? Many of our readers work...
Read more