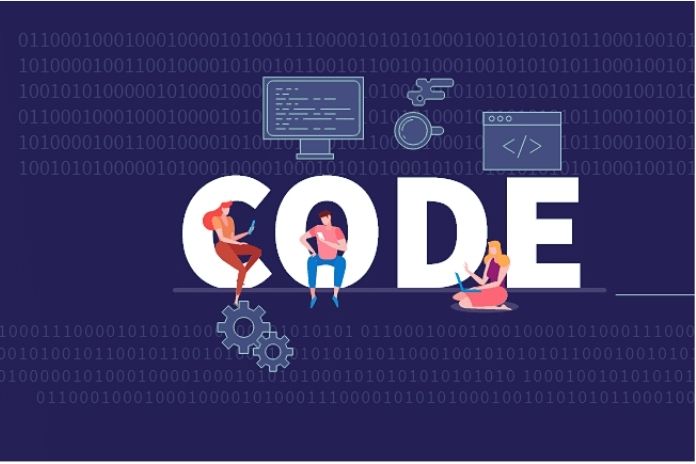 Most machine operators and machine builders have a precise idea of ​​their desired application, but very few have the training to program the applications themselves. With low-code tools, non-programmers can now also create their apps and digital services. This is made possible by so-called low-code platforms that support visual user interfaces and other graphic modeling methods instead of classic text-based programming languages.

A lack of budget, a lack of internal know-how, and a high level of development effort – these are three of the biggest obstacles on the way to the Industrial Internet of Things (IIoT), according to a recent survey by the market research company IDC. In particular, medium-sized mechanical engineering companies often see the advantages of data-supported processes and new digital business models but fear high initial investments and long development phases. Therefore, IIoT initiatives in companies often only make slow progress or are not even started.

Data is abundant as an essential raw material for the IIoT. This is made possible by the meanwhile high degree of automation and networking in medium-sized industrial companies. Almost all machine builders now use Ethernet-based communication protocols to connect their programmable logic controllers (PLC). In this way, much machine data and measured values ​​can be collected and made available for real-time analysis via appropriate interfaces.

To convert this data into added value for the company and its customers, companies neither have to employ their programmers nor commission external service providers. With low-code tools, the employees in the specialist departments can create their apps and configure them precisely according to their requirements.

Low-Code offers a visual interface with which users can easily define applications’ functionalities based on graphical editors with predefined templates and function modules. Like a construction kit, users can flexibly combine the individual elements and thus create a multitude of tailor-made applications. The ideas of the employees are then automatically translated into program code.

Machine and system builders can thus build their data apps based on machine data in the shortest possible time and thus offer digital value-added services for their products. These can be, for example, visualizations of critical figures, monitoring dashboards for 24/7 monitoring, or even complete machine learning workflows. The advantage of the low-code concept: The apps are developed directly by specialists who know the machines best. The often time-consuming detour via internal or external IT experts who were previously responsible for the creation is essentially eliminated. IT departments can thus concentrate on their core competency again: controlling digital company processes. Their tasks include, for example, integrating the data-based low-code apps into the existing infrastructure without disruption and ensuring that they function without any friction losses.

IIoT Platforms On A Low-Code Basis

If digitization progresses at the same speed as before, the added value of a machine could soon increasingly shift to the data area. Industrial IoT platforms form the ideal basis for this because they link the machines with the Internet. With the help of suitable tools, users can now access their systems and get a clear insight into their machine data. Based on the data, which can be called up around the clock, you can, for example, precisely analyze which error messages occurred in which context and when.

For the implementation of Industrial IoT projects, platform-as-a-service solutions are particularly suitable. The architecture has been consistently designed based on a low-code strategy and provides users with various tools for generating their applications. The machine data is read directly from the database using simple graphic operations. Users can carry out an initial statistical analysis, supported by data filtering, data grouping, sorting, or aggregation functions. Users can then switch to a Data App Builder to create their data-based apps using parameterized dashboards and graphical widgets. The in-depth analysis of the machine data is then carried out in a so-called low-code formula editor, in which, similar to Excel, formula elements can be created and edited, but here based on an intuitive graphical user interface.

There are several use cases for intelligent low-code platforms. Companies are currently often using them for real-time monitoring and predictive maintenance of their systems. Service employees use, for example, a simple graphical interface to put together monitoring boards using drag-and-drop. These combine the measured values ​​recorded by the networked sensors, such as temperature, vibrations, material congestion, utilization, or wear. With just a few clicks, limit values ​​can be set that automatically trigger specific actions. For example, if a set temperature is exceeded, the machine sends a notification by email or SMS.

Based on intelligent low-code platforms, the experts in the specialist departments can create tailor-made applications and evaluate the status data accordingly and thus achieve greater efficiency along the entire value chain. As a supplement to text-based programming, low-code platforms have the potential to advance digital transformation in companies significantly.

Also Read: Low-Code Platforms: Soon, No More Code At All?