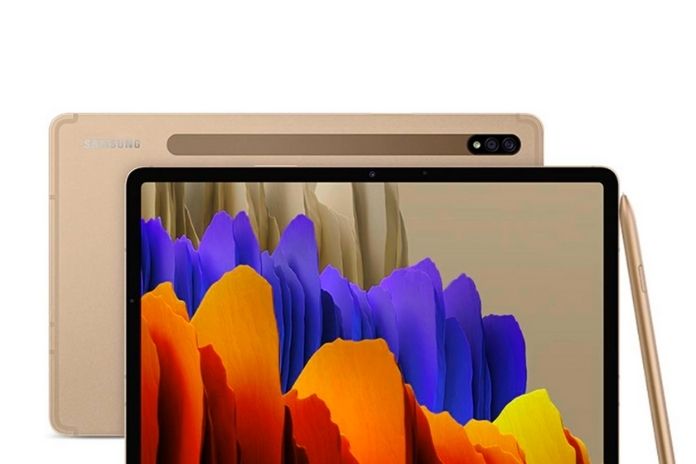 Samsung’s giant Galaxy Unpacked event is coming up. The upcoming top-of-the-range Galaxy S22 mobile phone and the Galaxy Tab S8, the flagship tablet, are likely on the South Koreans’ agenda. For the latter, many alleged feature details have recently become known.

Samsung cell phones will probably soon be supplemented by new top models from the S22 series – and tablet fans can also be happy: Although a lot of information about the expected Galaxy Tab S8 models leaked out beforehand, it was presumably one The press graphic from Samsung, which is only intended for the market launch of the tablet, once again contains more details. Leaker Evan Blass published the PR graphic via Twitter. It is consistent with previous rumors about the tablets.

Therefore, the next generation of Samsung’s Galaxy tablets includes three models: Tab S8, Tab S8+, and Tab S8 Ultra. According to rumors, Samsung will install an 11-inch diagonal LPTS display in the basic version, which offers a resolution of 2560 x 1600 pixels – customers will have to do without OLED. In addition, there is a refresh rate of up to 120 Hz for exceptionally smooth UI animations.

Users can choose between 8 and 12 GB of RAM when it comes to storage. According to the infographic, the internal memory options are 128 and 256 GB – plus the choice of memory expansion via microSD. The microSD option is also available on the two larger models. The fingerprint sensor in the power button can be used for authentication.

Samsung has upped the ante with its bigger brother, the Galaxy Tab S8+. A 12.4-inch display with AMOLED technology (including 120 Hz) with a 2800 x 1752 pixels resolution is used. In terms of RAM and internal storage, it is equipped the same way as the smaller S8.

The high-end model Galaxy Tab S8 Ultra has an expansive AMOLED display with 14.6 inches and 120 Hz technology. Customers choose between 8, 12, and 16 GB of RAM. The internal memory is available in 128, 256, and 512 GB versions. Unlike the base model of the Tab S8, the two larger versions probably offer a fingerprint sensor in the display.

Fast Charging With Up To 45 Watts And More

The other highlights of the Galaxy Tab S8 should include the support of fast charging with up to 45 watts – this would allow the large battery of the tablets to be supplied with energy remarkably quickly. Samsung uses a Snapdragon 8 Gen 1 as the chip. All models should also come with an S Pen.

Tech Buzz Updatehttps://www.techbuzzupdate.com
Techbuzzupdate is a globally recognized tech platform that publishes content related to various aspects of technology such as digital marketing, business strategies, reviews on newly launched gadgets, and also articles on advanced tech topics like artificial intelligence, robotics, machine learning, Internet of things, and so on.
Previous articleMicrosoft Teams: The Benefits Of Using It
Next articlePaid VPN vs Free VPN: Why It Matters