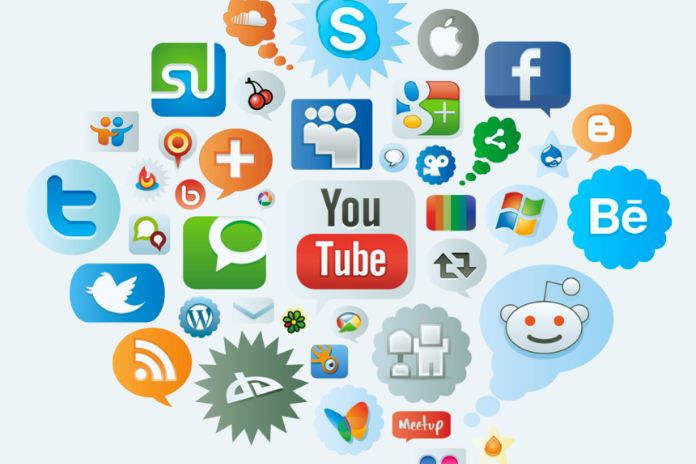 We can divide people into two teams when we talk about social media and social networks. This is because there are both those who believe they are talking about the same thing, and there are also those who claim that these terms have opposite meanings.

But, after all, which of these teams is right?

Well, neither! Let’s explain the reasons below and start with social media!

Social media represents a much broader concept and refers to all channels or tools which promote and allow the dissemination of content and messages in a decentralized way.

This term was not very popular in the past because these media did not establish as many interactions as they did today when they started to have a strong presence in the digital environment.

It was only when this happened that they came to be seen as online tools used to spread content while allowing and encouraging comments and interactions between people.

Okay, now I understand what social media is! But what about networks?

While social media encompasses a broader scenario, social networks, by definition, are relationships between a group of people.

And these networks of relationships do not necessarily have to be in the digital environment – ​​unlike social media.

This is unless we are talking about social networks on the internet because they need to be in the digital environment.

Thus, as they are fully present in the digital context, they can be seen as a category of social media that focuses on promoting relationships between people and sharing content on the internet.

This is because the line of differentiation is skinny, but to differentiate, remember that all social media is also a social network – because it allows interaction between people.

And social networks in the digital environment are a category of social media!

Excellent! Now I know what social networks are too!

Let’s look at some examples to understand better:

Let’s see a little more about it and other main networks and social media for your company to hit the right time to make good campaigns on the internet!

As we mentioned above, in general, if you know what social networks are, you should know that Facebook is one of the leading networks focused on relationships between people.

As it is one of the most popular networks and is present worldwide, it is a tremendous online dissemination channel for you to invest in, for example, digital marketing campaigns.

In addition, regardless of the size of your company, it is essential to have a business page on this network, as it is a global channel, and at least a portion of your audience will inevitably be there.

So, please get to know the resources that the platform offers to companies, seek to have some difference in your profile, remember to make it public, and, of course, have exciting content according to the shape of your audience.

Also, take the opportunity to create ads and try to interact with pages that have synergy with your company’s proposal so you gain more relevance.

But what is the reason for doing these actions and maintenance?

Well, it is necessary to establish a marketing plan on social media if you are interested in generating positive returns for your business.

Let’s see more about another famous social network on the internet now!

Twitter, like Facebook, is a social media (it’s easier to explain the idea since you already know what social media are) focused on interaction dynamics; that is, it is primarily a social network! And it’s trendy!

Therefore, it is also essential to have a business profile on this network.

For that, it’s worth knowing: the dynamics of Twitter are much more focused on topics and trends of the moment, so keep an eye on Trending Topics and be on top of what people are talking about.

You can see, for example, the most used hashtags and take ownership of them to ensure greater visibility for your post within your social media marketing strategy.

In addition, please get to know your audience, trace their profile on Twitter and be able to advertise online much more assertively.

That way, you can create closer ties with your audience, and the chances of increasing the number of customers for your company will be much greater!

Let’s see now about Instagram, one of the most used social networks on the internet!

This is because the dynamics of this channel focus on photo posts and promotes interactions such as likes and comments.

If your company wants to be present on the main social networks and reach more people, it must be on Instagram!

After all, this social network has been gaining increasing relevance and adherence.

Therefore, make periodic posts promoting product images or making “calls” for users to learn about your services and benefits.

Also, have an attractive profile, preferably with professional photos.

Oh, and don’t forget that hashtags are also very present on this network, so it is recommended to use an average of 6 hashtags per caption!

However, be aware: you can even use generic hashtags, but they need to have the slightest relationship with your content and dissemination.

This way, you can increase your brand’s reach in an audience interested in your proposal, giving you greater chances of getting more customers.

Tech Buzz Updatehttps://www.techbuzzupdate.com
Techbuzzupdate is a globally recognized tech platform that publishes content related to various aspects of technology such as digital marketing, business strategies, reviews on newly launched gadgets, and also articles on advanced tech topics like artificial intelligence, robotics, machine learning, Internet of things, and so on.
Previous articleWhat Is A Virtual Private Network (VPN)? How Does A VPN Work?
Next articleNFV (Network Function Virtualization): What It Is And How It Works

At the point when "Facebook" or "Twitter" were unfamiliar words in policy management finished. Today, workplaces and specialists likewise depend on the scope of...
Read more
APPS & SOFTWARE

Editing videos directly within YouTube is not impossible: here's how to cut a movie now in the app with just a few clicks, thanks...
Read more