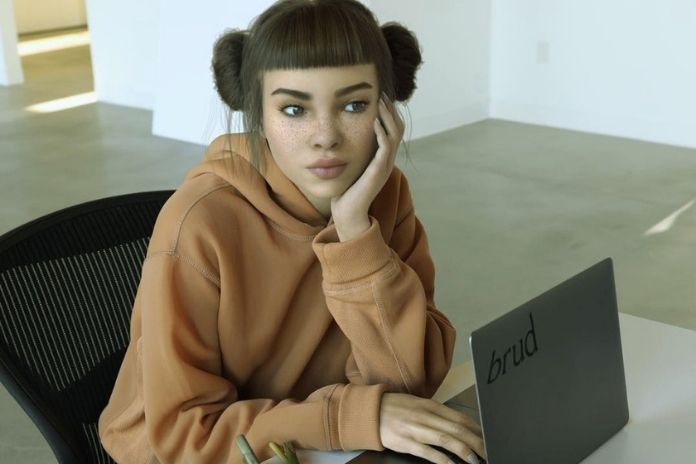 Are Instagram influencers at risk of being replaced by artificial intelligence one day? As virtual models and fake AI-fed Instagrammers rear their ugly heads, the future of social media stars may well be looking darker soon. With their photoshopped and staged photos, their clichéd selfies, and their hyper-normative codes, Instagrammers have nothing very natural – one could even say that everything, or almost everything, is artificial in their posts.

No digital wonder models are starting to compete with them, like Miquela Sousa and Shudu – fake influencers, designed by artists and computer scientists, who participate in virtual photoshoots, are followed by thousands of people, spread green or social messages, and lead a perfect (virtual) life – which is of interest to more and more brands. The only thing that prevents them from really replacing Instagrammers is their virtuality: they are only fake accounts, created with 3D animation software and whose life is imagined by humans.

They, therefore, have no “intelligence” able to compete with Instagram influencers seriously.

But we could very well see the birth of real artificial influencers soon because AI is now pointing the tip of its nose in the social network. One more step in replacing influencers with AI seems to have been taken recently, when New York computer engineer Chris Buetti, a data scientist, developed an Instagram account powered by an artificial intelligence program – which publishes and re-publishes content automatically and creates a bank of subscribers (30,000 fans) by subscribing itself to known versions.

The account also automatically contacted restaurants, thanks to a series of scripts, and offered them publications, in exchange for free meals… which they were eager to provide. Concretely, to create his 100% automated Instagram account, followed by thousands of Internet users, the Big Data expert has developed a whole series of codes, metadata, and well-interwoven scripts whose mission is to win fans. It used techniques already used by creators of fake Instagram accounts but automated them: first, “mass following” the bot follows X number of people in the hope that people will follow it back, then stop following them two days later – then the “likes” and “automated comments” – the bot automatically “likes” other people’s content,

The Era Of Robot Influencers

Will we ever see “influence” on social networks being automated? There is no reason for the influence to be motivated by personality: impersonal aggregators also come into play”. It is clear that thousands of Internet users have ended up following “Beautiful NYC” and are still subscribed to this fake account. As for the restaurants in New York that have agreed to offer free meals, it is not so much their part of naivety as pragmatism: these businesses have just judged this account capable of influencing, or convincing, other people to come and eat at their place too (without worrying about the actual engagement rate of the report).

We guess in the end, we were happy because it’s still an ad for us to publish online,” says one of these restaurants. If brands and advertisers seem not to care about the unethical side of this kind of system, human influencers are very wary of the potential automation of their “job.” “To be honest, seeing someone build and achieve such success through automation and AI is pretty daunting for me and anyone who has wet the shirt to become uniting brands and create a whole universe. “, recognizes Skyler Bouchard, a New York Instagrammer who has 175,000 subscribers.

Thus, the data scientist himself writes that “anyone can use this technique” but that it remains “very technical.” In BuzzFeed, an influencer marketing company, Mediakix, tells how they created a fake travel influencer using a more…basic technique (buying counterfeit fans).  There remains the human side of influence on social networks. “Most Instagram is all about influencer and personality, and that kind of system can never replace personality appeal,” adds Evan Asano. Because as Skyler Bouchard points out, “the human being still has a superior power when it comes to influencing others, and nothing can beat that.”

Meanwhile, Instagram has been working very seriously on a system to fight against bots and fake influencers for the past year. It thus changed last year, its API, with the idea of ​​blocking third-party applications used to help Internet users boost their number of fans – for this, the social network uses… AI. But as The Drum notes, “this fake purge” mainly was aimed at fake followers (although software intended to follow mass accounts was also targeted) and ultimately had “little effect on influencers who cheat. It visibly manages to play with the system and escape Instagram’s radar – which, therefore, still has its work cut out for it to counter the future generation of fake AI-fed influencers. As for human influencers, it is up to them to demonstrate, as quickly as possible, their “added value” – their non-artificial aspect, which indeed still exists somewhere.

Tech Buzz Updatehttps://www.techbuzzupdate.com
Previous articleEffective Ways To Enhance Your Online Security
Next articleTips For Getting Your Clients To Pay You Much Quicker

Artificial intelligence (AI) in retail is a reality that is certainly here to stay. Faced with the current scenario, in which purchases that integrate...
Read more
ROBOTICS

With technological advances and digital transformation happening within companies, the need to gain speed, increase productivity and reduce errors, especially in operational activities, has...
Read more