How Can Companies Use AI Today To Reinvent Themselves 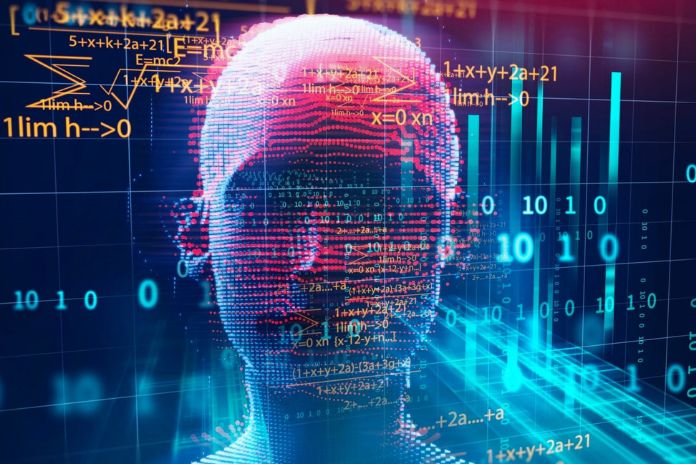 Amazon founder Jeff Bezos said in 2017: “We are at the dawn of a golden age of AI. We are now using machine learning and artificial intelligence to solve problems that have been part of science fiction for the last few decades. And we’ve only scratched the surface of what’s possible.” Investments in AI have since multiplied by a factor of 50. In 2021, more than EUR 77 billion was invested in AI worldwide. But what exactly can AI already do today?

The Golden Age Of Artificial Intelligence

AI attempts to emulate human problem-solving and decision-making abilities through technology. Machines should thus be able to absorb knowledge, process it, and make decisions based on it.

There is the weak and the strong AI. The weak AI is, of course, anything but weak. This term summarizes methods that are currently used to solve specific problems. Well-known applications based on it are Amazon’s Alexa, Tesla’s self-driving vehicles, or face recognition to unlock our smartphones. In contrast, strong AI has been an utterly theoretical concept and is mainly known in science fiction.

What comes together today are three essential building blocks: First, computing power has been increasing exponentially for decades. In 1991, IBM’s Deep Blue defeated Gerry Kasparov at chess by sheer computing power. Since 2002, this has been available in the cloud at all times. Second, the amount of data available is exploding. This is partly due to the introduction of smart mobile phones, IoT (Internet of Things) devices, and growing digitization. In 2025, the world will likely generate 175 zettabytes of data per year. Third, better algorithms and methods can solve specific problems than humans because of the first two points. So could, e.g., B. 2016 Alpha defeat Lee Sodol, the best GO player in the world.

Most of us struggle to understand what AI can and cannot do today. The following AI capability map will help get this overview:

The core skills can be divided into nine groups. Within these are other sub-skills—their complexity and added value range from simple to complicated.

The most specific AI skill is finding relevant information. It doesn’t matter whether you know what you’re looking for. AI is very good at finding its way around large amounts of data. Example: Customers are classified into different groups based on different specifics (age, purchasing behavior, communication).

The second  AI capability makes it possible to understand the past and the now and to establish causal connections. This includes understanding specifics in data, pattern recognition, anomaly detection, identifying correlations, and better understanding customers and devices. Example: Recognizing patterns in sensor data and identifying causes of device failures.

The fourth  AI skill includes the ability to see. This means recognizing objects, gestures, or faces and understanding what is happening in images or videos. Reading, understanding, and translating texts are also part of the course. Example: searching for images in a photo database, where the AI ​​automatically recognizes objects and people and makes them searchable.

The sixth  AI ability can create or change things. This includes creative works such as texts, images, music and videos, products, materials, or software. Example: the creation of artificial photo models.

The eighth  AI ability makes it possible to predict future events. This means forecasting what customers will want or when they will cancel, forecasting demand, forecasting the market, and recommending actions to achieve a specific outcome. Example: predicting the need for taxis at a specific time and place to minimize customer waiting time.

The ninth  AI skill can autonomously control machines, robots, and vehicles. This includes household robots, robots, and machines that work alongside humans, such as transport robots, vehicles, drones, ships, and humanoid and non-humanoid robots. Example: an autonomous bus.

Many use cases can already be implemented today with the help of AI. For many, the various AI skills are combined to solve a specific problem. All processes can be automated, or their products and services can be improved for companies.

Many companies are still struggling to use AI in their organization. Employees are unfamiliar with the rapidly advancing technology and cannot evaluate how the technology can be used. Engaging AI experts can accelerate the journey to becoming a data-driven and AI-enabled business. These can be experts from the academic environment or service providers from the private sector.

Also Read: Artificial Intelligence In Medicine: What Impact On Health?

Tech Buzz Updatehttps://www.techbuzzupdate.com
Techbuzzupdate is a globally recognized tech platform that publishes content related to various aspects of technology such as digital marketing, business strategies, reviews on newly launched gadgets, and also articles on advanced tech topics like artificial intelligence, robotics, machine learning, Internet of things, and so on.
Previous articleFun And Feminine Branding Ideas For Your Small Business
Next articleHere’s Why Every Business Should Use A Proxy