What Should You Buy To Increase Your Pc Performance 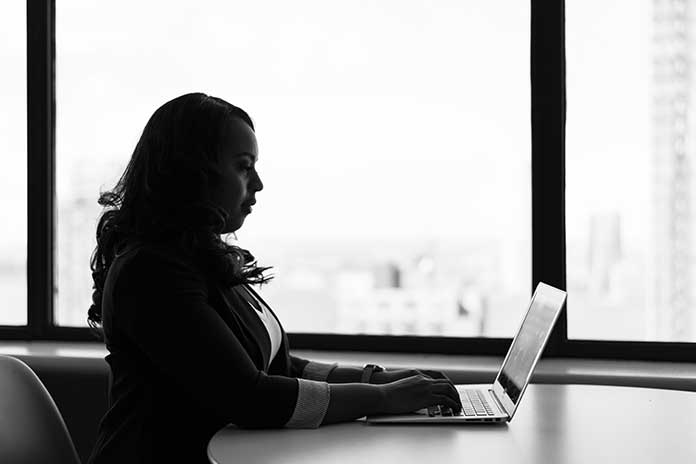 Some hardware modifications, such as graphics card, processor, and RAM, can provide a nice performance boost.

Making the PC faster is usually the goal of many users, especially when it is not possible to buy a new one.

The good news is that it is possible to improve computer performance with some hardware tweaking, fix minor glitches, and slow down system startup or program execution.

These are the computer hardware changes you can make to make your computer run faster. Options include replacing the processor and graphics card, or using a cooler to help with cooling.

You can choose the one that best suits your bag or bet on more than one solution.

1. Quantity And Speed Of RAM

A computer with less RAM has lower performance than expected and will have difficulty opening multiple applications at the same time.

To avoid this, modern operating systems require a minimum size of between 2 GB and 4 GB for work and simpler tasks, or more than 8 GB for games.

The memory investment only requires the installation of additional components, as long as there is available space on the motherboard. This way, the performance can be increased almost immediately, without the need for further configuration. The current standard for RAM is DDR4 and a 4GB 2133MHz module.

Before installing, please make sure that your motherboard supports dual-channel technology, which improves memory module sharing and leads to better performance.

This standard requires at least two modules to be placed in specific slots on the board and may require some BIOS configuration.

However, if your computer’s motherboard already occupies all of the memory space or if the maximum supported amount of RAM has been reached, you may be able to return to memory with a higher clock or speed.

In the DDR4 standard, for example, modules with speeds between 1600 MHz and 3200 MHz can be found.

In terms of capacity, keep in mind that a lack of RAM can affect your performance and cause gaps in games, but the excess won’t provide immediate benefit.

For gamers, 16GB is considered enough, but some games are already starting to cite 32GB as the ideal suppression. This is the case with the new Microsoft Flight Simulator.

Also Read: What Software And Hardware Components Does A Company Need?

One way to drastically speed up your computer’s performance is to use an SSD to install the operating system. The solid state drive is an alternative to the traditional hard drive and can be considered as a modern version of the hard drive.

The technology is based on flash memory, which shows a significant increase in speed when starting the system and when opening programs or files.

Devices with a SATA interface are compatible with almost any PC or laptop and won’t harm your existing hard drive.

Another option is to go for an M.2 SSD, which uses the M.2 port on newer motherboards and can run significantly faster than conventional models.

Replacing the processor with an option of the same socket can be an interesting way to speed up your PC, since this component is the heart of the computer, responsible for processing all future data.

It should be noted that if you use AMD, you can only swap the processor for another of the same brand and socket. At least two generations are supported on standard AM4 models.

Older Intel components generally don’t share sockets with newer generations. In this case, you can also change the memories of the motherboard and RAM.

It is also important that you think about acquiring internet from top internet providers. After all, what’s the point of having a good processor if the internet doesn’t collaborate to open pages, social networks, and games?

Also Read: The Most Secure Browser For Your Mac Computer

A common mistake is to spend the entire budget on processors and graphics cards without investing in a power supply with sufficient capacity.

The rule here is not just “more watts is better”, but to check the power consumption of your PC and find models with high quality components that guarantee stability, economy and good stability- on. .

There are certifications called PLUS that prove the effectiveness of the fountains. They vary from white, bronze, gold, and platinum, to increase effectiveness. Keep an eye on the warranties offered and fan sizes. The bigger they are, the quieter they are.

Another important detail of fonts is modularity. These models allow you to unplug connections and cables that you don’t use, improve organization inside the case and, in some cases, also improve airflow.

The power supply alone may not improve the performance of your computer, but a weak model can limit all other features, which can lead to crashes, blue screens, FPS crashes, and more. headaches.

Replacing the graphics card may be an option when the user finds that their PC’s graphics performance is degrading, especially when playing games.

This hardware, together with the processor, is responsible for creating the images (frames) and must therefore choose a model adapted to the power of the CPU.

For example, a heavy-duty graphics card that generates multiple frames can affect the performance of a more modest processor. On the other hand, a very advanced CPU associated with a low power VGA displays a limited visual quality.

The rule here is: the stronger the card, the better. The increased graphics processing power provides room for higher quality graphics optimizations, more screen resolutions, and most importantly, a more robust FPS rate.

However, keep in mind that this component may be limited by the performance of a weak processor, which will certainly affect the card’s potential.

Replacing a graphics card is a feature intended for desktops, and in this scenario, the default is PCI-Express. With a good video card, you can have the same image quality as satellite tv providers and be amazed.

The motherboard is one of the most important parts of a computer and can affect the use of advanced processor features.

For this reason, when choosing, it is important to collect such characteristics as a good chipset, which will allow the installation of various memory modules; dual-channel support and overclocking (including automatic); modern sliding doors and the possibility of installing a good cooling system.

Upgrading the motherboard should be considered if the processor turns out not to offer advanced features due to the lack of a better chipset, which is not so common.

In this case, it is worth replacing both components. It is also important to place the parts in a case of the right size so as not to restrict the airflow inside the PC.

When looking for a motherboard, invest in models with a power supply that matches the processor you want. Also consider the resources you will need (eg multiple USB ports, PCI Express slots, etc.) so that you do not run out of space to install new components in the future.

The models manufactured in the ATX standard are the largest and most complete, with performance varying according to the chipset chosen. Some examples are the Intel Z390, AMD X570 and B450. The mATX models are slightly more compact, with fewer PCI Express, SATA, and M2 connectors overall.

Finally, the Mini-ITX models are the most compact, aimed at the public who want PCs not much bigger than a console.

Although there are excellent quality models, they have limited compatibility, often bringing the graphics card and processor slot closer together (limiting cooling options) and limiting the user to just 2 slots for installing RAM.

Also Read: That Is Why Every PC Needs Good Security Software

Computers with a 7th generation or higher Intel processor and a motherboard compatible with NVMe devices can use Intel Optane technology to accelerate any drive installed in the PC.

These callbacks attempt to intelligently understand which files are used the most based on the user’s profile. In this way, they save the data so that the next access is faster.

The advantage of this model is that older hard drives can also access the performance. On the other hand, the result obtained may not be so significant. Optane memory (apart from RAM) is easier to find in 16GB or 32GB versions.

Investing in a good cooling system can also lead to improved performance. If the processor reaches a very high temperature, it will automatically reduce its frequency (clock) to cool. So, a good cooler can help improve the performance of your PC without spending too much.

Another practice that can be used is overclocking, which involves increasing the frequency of the processors to very high numbers. However, it should be noted that this procedure can affect the life of the component.

The cooler can also help provide more security and stability to the system during this time.

Improving the performance of your PC is a great way to reduce your stress, anxiety, and avoid headaches. So follow these tips, plan where your machine will go, and then choose the parts you need. You are guaranteed this best performance.

Tech Buzz Updatehttps://www.techbuzzupdate.com
Techbuzzupdate is a globally recognized tech platform that publishes content related to various aspects of technology such as digital marketing, business strategies, reviews on newly launched gadgets, and also articles on advanced tech topics like artificial intelligence, robotics, machine learning, Internet of things, and so on.
Previous articleWeb Marketing: How To Increase Traffic With SEO
Next articleStellar Photo Recovery Software: An Easy Way To Recover Your Precious Photos